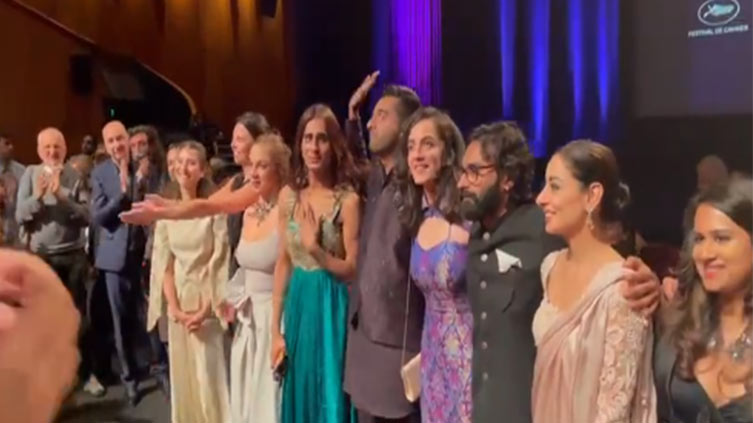 Alina Khan, a transgender actress stars in the film.

Video of the applause and cheer can is circulating social media in which the director Saim Sadiq can be seen receiving felicitations.

The category for feature films at Cannes only takes in a limited number of 14 films and it is a moment of immense pleasure that a Pakistani film made the cut — that too for the first time in history.

Alina Khan, a transgender actress, also stars in the film.

Sadiq’s debut feature "Joyland" has been selected for the Un Certain Regard category.

The cast and crew of the Pakistani film along with director Sadiq made their appearance at Cannes recently dressed in Pakistani attire mostly for the official photocall, with actor Sarwat Gilani sharing sneak, peeks of the event on her Instagram.

Meanwhile, actor Osman Khalid Butt and film director Nabeel Qureshi took to their Twitter to congratulate the team for a moment of pride while many others congratulated them on social media.