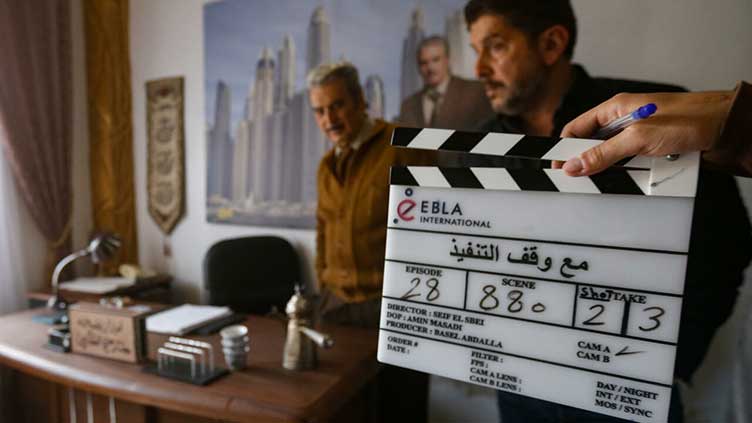 Damascus (AFP) – Breaking a decade-old boycott by Gulf broadcasters over a diplomatic standoff with the Damascus government, a Syrian war drama figures this month on the Ramadan menu of a Saudi-owned television channel.

Syrian dramas have long been popular across the region, but since Arab states in the Gulf suspended ties with President Bashar al-Assad s government in 2012, broadcasters in the region have shied away from Syrian-produced shows, especially those related to war.

Syrian actors, however, have still found their way on to screens through pan-Arab productions and historical dramas produced by Gulf networks, such as the popular Bab al-Harra series.

But shows made exclusively by Syrians were largely shunned.
In a sign of change, the Saudi-owned MBC channel has started airing a Syrian-made series, "Suspension", during the Muslim holy month of Ramadan -- a period that this year started April 2 and during which viewership peaks across the Middle East.

The Arabic-language show shot outside Damascus is "the first social drama made entirely by Syrians to air on a Saudi-owned TV channel since 2011", when the country s war erupted, said director Seif Elsbei.

MBC has yet to respond to a request for comment.

But its decision to air the show comes amid warming ties between Assad and the United Arab Emirates, a Saudi ally which reopened its embassy in Damascus in 2018.

Last month, Assad visited the UAE, in his first official trip to an Arab state since the start of the Syrian war.

Although Riyadh has not officially restored ties with Assad, many view the latest development on television screens as a sign of a soft rapprochement.

"Drama has beat politics in the race to renew relations," said Badih Sanij, a Syrian journalist and researcher.

"Syrian and Saudi bonds are returning through drama and the restrictions imposed by politics on art are beginning to ease."
The Syrian war drama was filmed in the Wadi Barada suburb of Damascus, a former battleground between rebels and government forces.
Crammed with clips of destruction and despair, the series revolves around the lives of Syrians who have returned to the area after years of displacement.

Among the show s main characters are a man who had opposition leanings in the early years of the war.

In one scene, security forces interrogate him and force him to name another opposition sympathiser whom they later arrest.

Beginning of the road

"The return of Syrian social dramas is a breakthrough," Elsbei told AFP on the set of the show as children ran around charred vehicles used as props.

It "ushers in a new way of engaging with Syrian dramas by TV networks in the Gulf," Elsbei said.

The series is not only airing on MBC channels but also on the popular streaming service Shahid, likewise owned by the MBC group.

The wide exposure is seen as a boon to Syria s war-hit filming industry which has been hit by dried-up funding and the exodus of major talent, mainly to Egypt and Dubai.

"We suffered greatly from the years-long boycott of Syrian drama," said Yamen Alhajali, screenwriter of the series.

"Art should be treated as art," not as politics, he said.

MBC "is one of the most important platforms in the Arab world," he told AFP.

"It has a wide audience and large viewership which will give the show a rightful reach."

This Ramadan season, around 20 Syrian shows of various genres are airing on TV screens at home in Syria as well as across the region.
For Ahmad al-Sheikh, the producer of Suspended, this marks the start of a long road towards recovery.

"Gulf channels are an essential supporter of Arab drama," he said.

"We are at the beginning of the road again, and we hope this drive will continue."