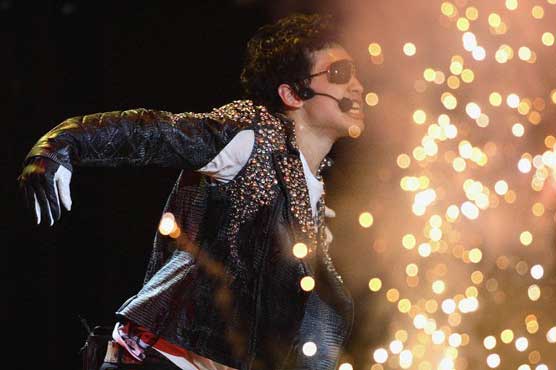 The tour marking the 11th anniversary of Rain's debut will also take him to Fukuoka, Osaka and Tokyo

The tour marking the 11th anniversary of Rain's debut will also take him to Fukuoka, Osaka and Tokyo, it said.

The 31-year-old K-pop star was released after completing 21 months of mandatory military service in July.

Rain, whose real name is Jung Ji-Hoon, is one of the biggest names in the world of K-pop, which commands a huge following in South Korea, across much of Asia and beyond.

In January, he was confined to barracks for a week after he sneaked out to meet TV drama star Kim Tae-Hee while on official duty.

Military service is taken extremely seriously in South Korea, which remains technically at war with North Korea because their 1950-53 conflict ended with a ceasefire rather than a peace treaty.

Apart from those with physical disabilities, exemptions are rare and anyone refusing to serve -- for moral or religious reasons -- faces an automatic jail term.

Celebrities are frequently caught attempting to evade military service for fear they might be forgotten by their fans while in uniform.