'The Butler' tells a story we need to hear 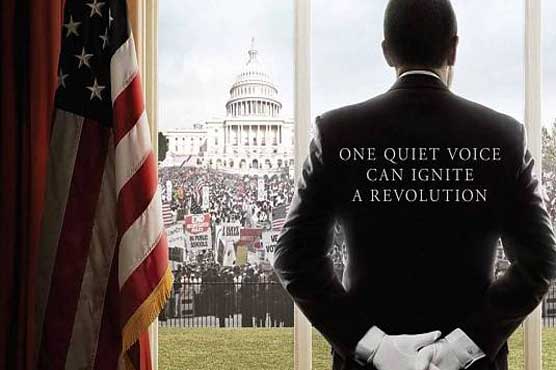 The story is inspired by profile of Eugene Allen, a White House butler from 1952 to 1986.

(AP) - "You hear nothing. You see nothing. You only serve." Such are the instructions Cecil Gaines receives as he embarks on his daunting new job at the Eisenhower White House in "Lee Daniels  The Butler."

But of course Gaines, played by Forest Whitaker in a moving, grounded performance that anchors the film and blunts its riskier excesses, hears and sees everything. And that means that over more than three decades on the job, he has a Forrest Gump-like view not only of the White House under seven presidents, but of the long arc of the civil rights struggle in 20th-century America.

Much has been said about this movie s potential future as an Oscar powerhouse. The speculation is natural
especially given its star-studded cast but it takes away from the more important discussion of its simpler virtues, as an absorbing film that has the potential to teach a new generation (and remind an older one) about these crucial events.

The story is inspired by a Washington Post profile of Eugene Allen, a White House butler from 1952 to 1986. Some anecdotes remain, but much is different. Most importantly, Daniels and screenwriter Danny Strong create a father-son dynamic between Gaines and a rebellious older son, Louis (a terrific David Oyelowo) that serves as a backdrop against which the civil rights struggle can play out through the eyes of black characters, not white ones, for a refreshing change.

This is done most strikingly in a key montage in which Cecil and his fellow White House workers set up an elegant state dinner, china and crystal and all, while down South, Louis is protesting at a segregated lunch counter, leading to a harrowing confrontation.

But the story begins in 1926, with the death of Cecil s own father at the hands of the barbaric son of a landowner on a Georgia cotton farm. The elderly landowner (Vanessa Redgrave, beginning the celebrity cameo parade) takes Cecil into her home, where he first learns to be a butler how to act, she tells him, like the room is empty even when he s in it.

Years later, working in a Washington, D.C. hotel, Cecil is noticed by a White House official, leading to a job there. His wife, Gloria, is immensely proud. Gloria, as you may have heard, is played by one Oprah Winfrey, and her performance is often restrained and quite moving. To her credit, you re not thinking "Wow, Oprah!" in every scene; that in itself is no small triumph.

Not all the star performances are successful. When we first see Robin Williams as Eisenhower, his head bald, it almost feels like we re about to witness a "Saturday Night Live" skit. Williams doesn t overdo it, but the casting choice seems forced.

James Marsden, on the other hand, is a good choice as John F. Kennedy, with his handsome grin, boyish demeanor and Boston drawl. Liev Schreiber is amusing if a little broad as LBJ, and John Cusack is interesting as Richard Nixon, even though he looks nothing like him. Alan Rickman and Jane Fonda, making the most of her one scene, make a surprisingly satisfying Ronald and Nancy Reagan.

But what makes the film work, finally, are the soft-spoken Whitaker, whose dignified portrayal rivals his Oscar-winning work in "The Last King of Scotland," and the powerful Oyelowo, whose Louis progresses over the years from determined and brave to angry and cynical, and ultimately to a seasoned older man.

Their relationship gives structure to the broad story of civil rights in America a story crucial to tell, and crucial to hear. Daniels and company may not have made a masterpiece, but they have made a film you should see.

"Lee Daniels  The Butler," a Weinstein Company release, is rated PG-13 by the Motion Picture Association of America for "some violence and disturbing images, language, sexual material, thematic elements and smoking." Running time: 132 minutes. Three and a half stars out of four.