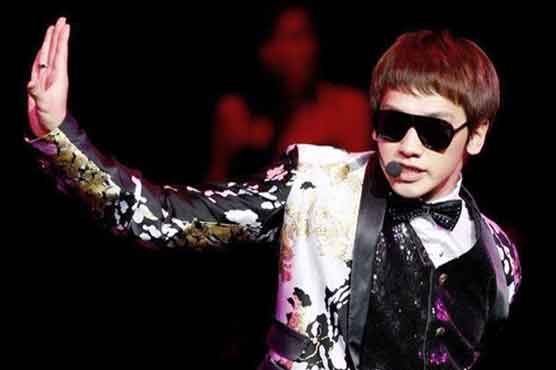 Rain is one of the biggest names in the world of K-pop.

About 700 devotees from South Korea and abroad exploded into ecstatic cheers as the 31-year-old K-pop star emerged from the defence ministry building in Seoul, where he had gone to receive his discharge papers.

Some banner-carrying fans, weary from camping out overnight in drizzling rain, broke into tears as the star walked out wearing a military uniform.

"Thank you all for coming to welcome me. I'll do my best. I love you all," Yonhap news agency quoted the singer as saying, as he gave fans a military salute.

Rain, whose real name is Jung Ji-Hoon, is one of the biggest names in the world of K-pop, which commands a huge following in South Korea, across much of Asia and beyond.

In January, he was confined to barracks for a week after he was caught sneaking out for to meet a love interest while on official duty.

He was dating a Kim Tae-Hee, a TV drama star with a massive following in Japan.

South Korean men are obligated to serve about two years in the country's armed forces.

Military service is taken extremely seriously in South Korea, which remains technically at war with North Korea because their 1950-53 conflict ended with a ceasefire rather than a peace treaty.

Apart from those with physical disabilities, exemptions are rare and anyone refusing to serve -- for moral or religious reasons -- faces an automatic jail term.

Celebrities are frequently caught attempting to evade military service for fear they might be forgotten by their fans while in uniform.

"Gangnam Style" star Psy was forced to serve twice after it emerged he had furthered his showbiz interests during his first stint.