Your shoes tell a lot about you 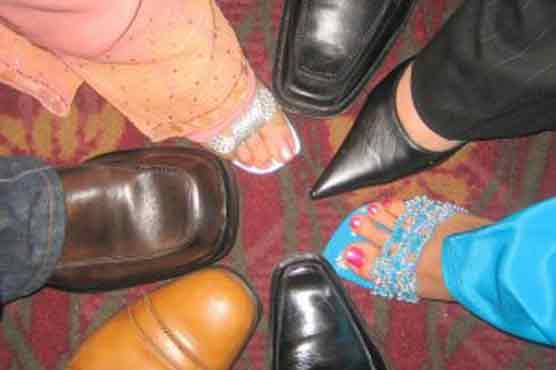 The researchers noted that some people will choose shoe styles to mask their actual personality.
Researchers at the University of Kansas say that people can accurately judge 90 percent of a strangers personality simply by looking at the persons shoes.Shoes convey a thin but useful slice of information about their wearers, the authors wrote in the new study published in the Journal of Research in Personality. Shoes serve a practical purpose, and also serve as nonverbal cues with symbolic messages. People tend to pay attention to the shoes they and others wear.Medical Daily notes that the number of detailed personality traits detected in the study include a persons general age, their gender, income, political affiliation, and other personality traits, including someones emotional stability.Lead researcher Omri Gillath said the judgments were based on the style, cost, color and condition of someones shoes. In the study, 63 University of Kansas students looked at pictures showing 208 different pairs of shoes worn by the studys participants. Volunteers in the study were photographed in their most commonly worn shoes, and then filled out a personality questionnaire.So, what do your shoes say about your personality?Some of the results were expected: People with higher incomes most commonly wore expensive shoes, and flashier footwear was typically worn by extroverts.However, some of the more specific results are intriguing. For example, practical and functional shoes were generally worn by more agreeable people, while ankle boots were more closely aligned with aggressive personalities.The strangest of all may be that those who wore uncomfortable looking shoes tend to have calm personalities.Shoes have great variety of styles, brands, looks, and functions. Because of this variety, shoes can carry individual difference information, but do they? We suggest that the answer is yes, the study authors wrote.And if you have several pairs of new shoes or take exceptional care of them, you may suffer from attachment anxiety, spending an inordinate amount of time worrying about what other people think of your appearance.There was even a political calculation in the mix with more liberal types wearing shabbier and less expensive shoes.The researchers noted that some people will choose shoe styles to mask their actual personality traits, but researchers noted that volunteers were also likely to be unaware that their footwear choices were revealing deep insights into their personalities.

Arrest warrant of Kangana Ranaut likely to be issued

Mehwish Hayat tells why she refused offers from Bollywood