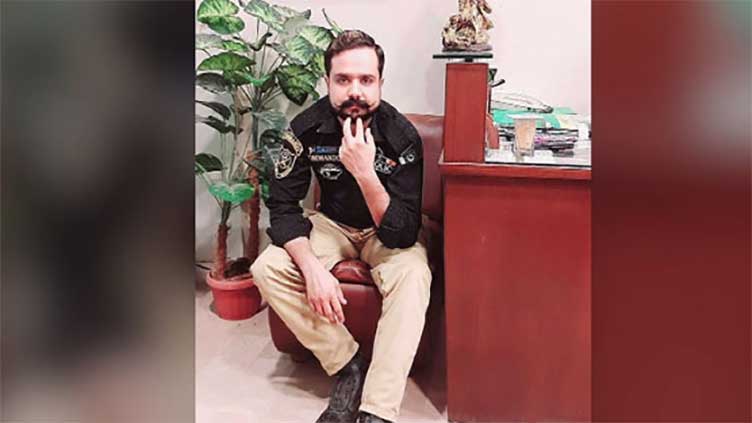 KARACHI (Dunya News) - A police officer was martyred in firing by an alleged kidnapper attempting to escape in Karachi on Tuesday.

According to DIG South Irfan Baloch, the accused was allegedly abducting a girl in the car. The Shaheen Force officials stopped the vehicle, and as they were interrogating the suspect, the girl managed to escape.

A bitter conversation took place between the policeman and the accused, on which the suspect opened fire at the police official and fled from the scene.

SSP South Syed Asad Raza said that efforts are being made to find the accused.

On the other hand, in the CCTV footage of a few minutes before the incident a black car could be seen being chased by policemen on bikes.

Meanwhile, the post-mortem of the martyred police officer Abdul Rehman has been conducted and according to hospital sources, the officer was shot in the head, with a 9 mm pistol.