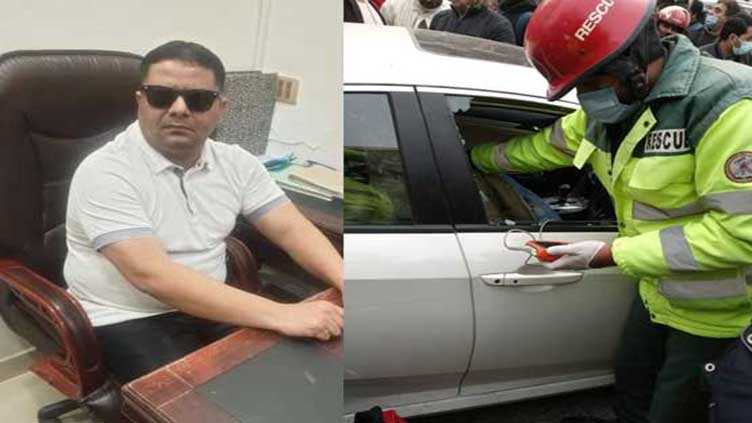 The killed journalist has been shot seven times by the unknown assailants.

According to the details, journalist Hasnain Shah Jan has been killed due to firing of unknown attackers outside Lahore Press Club.

The journalist was in his car at the time when he was shot dead. After the incident, a heavy contingent of police reached the spot and started investigation.

The killed journalist has been shot seven times by the unknown assailants on bikes with mask on their faces.

IG Punjab took notice of the incident and demanded a report from CCPO Lahore.

“The unknown assailants should be arrested immediately and the arrest should be ensured with the help of Safe City cameras,” stated IG Punjab.

A special team has been formed for investigation of the incident on the instructions of DIG Operations Muhammad Abid. The DIG Operations has said that the murderers should be traced with the help of Safe City cameras.

DGI Investigation Shahzada Sultan reached the spot and stated that, “The killers will be arrested soon. We stand with Hasnain Shah’s family and the journalist community. Police has been working against the criminal shooters. It would be too soon to say that the network operating abroad is involved in this case.”

On the other hand the Chief Minister Usman Buzdar has also taken notice of the incident and demanded a report from Inspector General of Police.

Sardar Usman Bazdar expressed heartfelt sympathy and condolences to the family of the slain and assured the delivery of justice. The Chief Minister has ordered police to arrest the killers involved in the murder immediately.

“Further action should be taken with the arrest of the killers and justice should be provided to the family of Hasnain Shah,” said the Chief Minister.