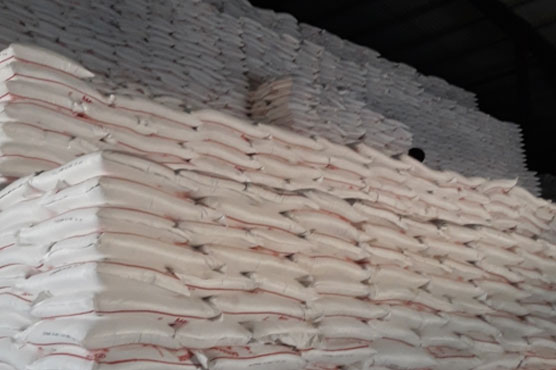 LAHORE (Dunya News) - On the directions of Chief Minister (CM) Punjab, the Punjab government launched a crackdown against hoarders of sugar to end its shortage in the provincial capital.

The sugar mills have also been sealed in various cities of Punjab including Lahore, Sahiwal, Sargodha, Rahim Yar Khan whereas two sealed in Faisalabad. The law allows the government to raid any place where more than two tonnes of sugar has been stored and the owner has not got it registered with the district administration.

Moreover, 100 sugar bags in Lahore were seized during raids, 480 in Sargodha, and 960 in Sahiwal, whereas 6,757 metric ton of sugar was recovered from Rahim Yar Khan.

Chief Secretary (CS) Kamran Ali Afzal said, the hoarders will be severely punished and the crackdown will be continuously taking place until the situation comes under control.

The retail price of sugar fixed by the government is Rs89.75 per kg. Meanwhile, as of October 28, the sugar was available at Rs85 per kg in utility stores.

According to PBS, the sweetener is being sold at 160 per kg in different cities of Pakistan.

Those not complying with the official rates were fined and arrested.