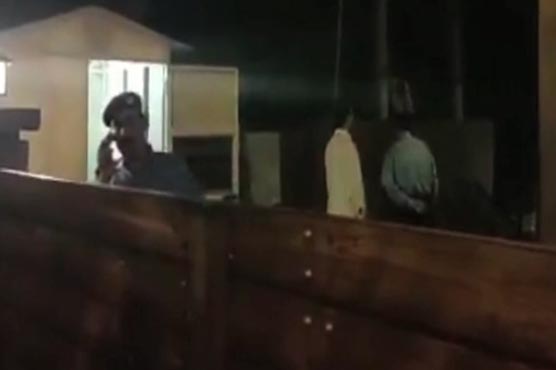 Officers told that victim's friend Zahir Jaffar has been arrested over his involvement in murder.

ISLAMABAD (Dunya News) – The security personnel have arrested the suspect involved in the murder of ex-diplomat’s daughter in Islamabad.

According to the police, girl identified as Noor Mukadam, daughter of Shaukat Mukadam, was slaughtered after being shot at a house, located in upscale Sector F-7/4.

The security officers told that victim’s friend Zahir Jaffar has been arrested over his involvement in the murder. The alleged killer is a son of leading businessman of the country,” they added.

The body of the girl has been shifted to PIMS Hospital while investigation into the matter has also been launched.