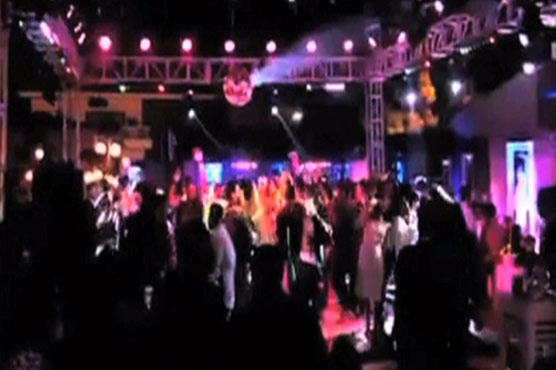 KARACHI (Dunya News) – A dance party at Hawke’s Bay Beach in Karachi on Monday reportedly came across firing by unknown persons which resulted in one causality, reported Dunya News.

The dance party was told to be organised by police which collected approximately Rs. 0.4 to 0.5 million for permission and arrangements.

Moreover, the attendees of the event were said to be indulged in taking drugs and consuming alcohol. The people were seen dancing with each other as they were intoxicated and drunk.

According to sources, police had arranged the event and each participant was asked to purchase an entry ticket worth five thousand rupees.

A girl had called CDA to let go the party’s DJ, however, a CDA official demanded Rs. 0.1 million for this purpose.

The police arrested four suspects involved in firing while registered a case for the provision of attempted murder.