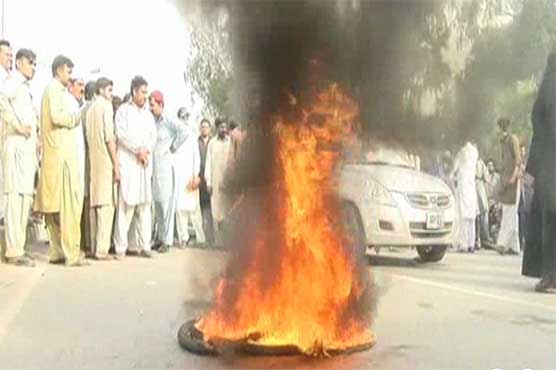 SARGODHA: (Dunya News) – Dead body of a youth named Muhammad Bilal has been found from the canal. 30-year-old Bilal was a resident of 85 Shumaali and was missing for the last one week, reported Dunya News.

Yesterday (Monday), police found a dead body from the canal near Istaqlalabad. The body was recognized by the relatives as Bilal’s and they started protesting immediately, staging a sit-in at Civil Hospital Chowk and blocked Sargodha-Khushab Road.

The survivors alleged that the opponents had murdered Bilal in connivance with the police and thus a case should be registered against the opponents and police officials.