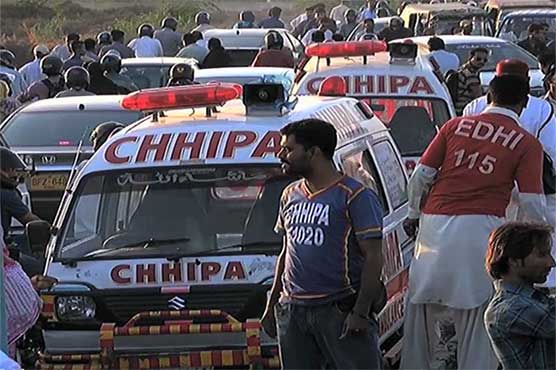 A mutilated body of a person was found in shrubs at FB Industrial area.

The sources revealed that dead bodies of a mother and her daughter were found in Kaneez Fatima society of Karachi.

Police sources revealed that both of the 35 years old Shahjahan and her daughter Kiran were shot by husband Malik Nasir.

On the other hand, a mutilated body of a person was found in shrubs at FB Industrial area.

Moreover, another dead body was recovered from Railway ground in Landhi area.