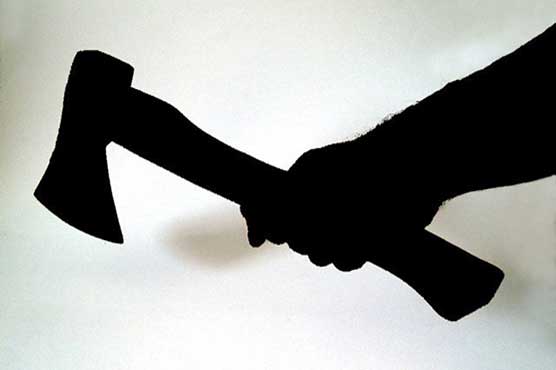 Police officers have launched an investigation into the matter and arrested the culprit.

THARPARKAR (Dunya News) – A furious girl on Tuesday killed her sister and injured her parents by attacking them with an axe in Tharparkar today (Tuesday).

The incident took place in Mithi area when a 19-year-old girl attacked her relatives with an axe and stabbed sister to death while left her parents wounded.

The injured were immediately shifted to the Hyderabad hospital for medical assistance.

Police personnel have said that the suspect Urmila attempted to murder her family on a domestic issue after being incited by her fiance.

Urmila’s brother has also recorded his statement in this regard.

Moreover, police officers have launched an investigation into the matter and arrested the culprit.