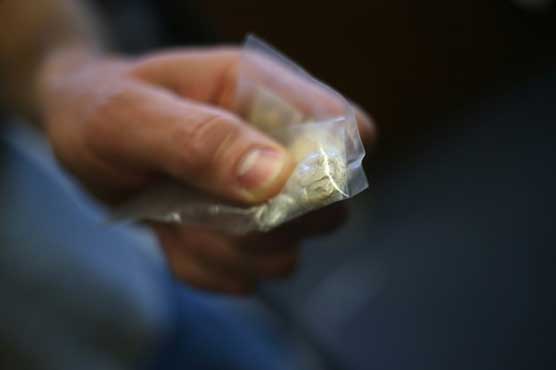 Acting on a tip-off, police and the navy boarded the trawler off the south coast on Wednesday.

Ten Iranians, two Pakistanis, one Indian and one Singaporean were remanded in custody after appearing in a magistrate’s court in Colombo on Saturday, national police spokesman Ruwan Gunasekera said.

"They have had Sri Lankans involved in this smuggling," Gunasekera said. "We are hopeful of arresting them (Sri Lankans) very soon."

Acting on a tip-off, police and the navy boarded the trawler off the south coast on Wednesday. They arrested the crew -- the 10 Iranians and one of the Pakistanis -- after discovering the 110 kilograms (242 pounds) of heroin that authorities estimate was worth 1.1 billion rupees ($7.5 million).

"A Singapore national and an Indian were (also) arrested following a car chase on Saturday," he said adding that the other Pakistani was detained at a house in Sri Lanka that was allegedly used as a base for drug-smuggling.

The seizure is the biggest since August 2013 when police found 260 kilograms of heroin hidden in a shipping container that had come from Pakistan.

Sri Lankan authorities have said that such large quantities of heroin suggest that Colombo is being used as a transit centre. Narcotics could be reshipped to the Far East, according to authorities.

Two smugglers killed in exchange of fire at Wagah border