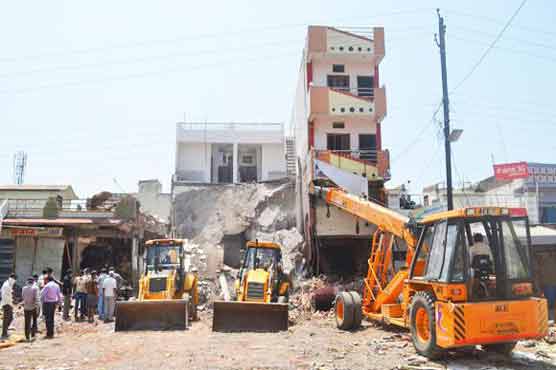 Eighty-eight people were killed and about 100 injured in the worst such accident in India.

NEW DELHI (AFP) - Indian police have offered a reward for the fugitive owner of illegally stored explosives which ripped through a crowded restaurant and killed 88 people after an accidental detonation, an officer said Monday.

Scores of labourers waiting at a bus stop outside the complex were also hit by debris from the blast, which destroyed neighbouring buildings in the town of Petlawad.

Eighty-eight people were killed and about 100 injured in the worst such accident in India in recent years.

Kasawa had a licence for the gelignite and other explosives used for digging wells and in the construction and mining industries. But storing them in residential and other densely populated areas is illegal.

Additional police superintendent Seema Alva said an officer has since been suspended for failing to enforce the laws on storage.

"We have also announced a cash award of 100,000 rupees ($1,500) for anyone who provides any information on the main accused, who is absconding," Alva told AFP.

Kasawa fled the area after the explosion and faces charges of criminal negligence and culpable homicide, police have said.

Television footage on Saturday showed scores of people and rescue workers using their bare hands to shift mangled heaps of steel and concrete from the ruined buildings.

Corpses were covered in dust and ash coated the streets alongside the twisted wreckage of burned-out vehicles.