US man convicted of smuggling fighter jet parts to Venezuela 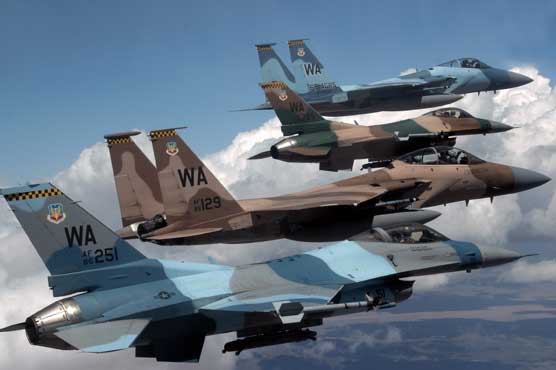 Dobek was convicted on charges of conspiring to violate US export laws and exporting F-16 jet parts.

WASHINGTON (AFP) - An American man who previously lived in Milwaukee, Wisconsin has been convicted of selling military fighter jet parts to the Venezuelan Air Force.

The jury rendered its verdict against Ronald Dobek after a three-day trial, and the sentence will be determined at a hearing set for September 10.

Dobek, 39, was convicted on charges of conspiring to violate US export laws and exporting F-16 jet parts to Venezuela in violation of American law.

In December 2007 and December 2008, Dobek sent to Venezuela canopy seals for the jets, even though they are designated defense articles on the US Munitions List, and despite knowing of the US embargo restricting the sale of weapons and military materials to the Latin American country.

During the trial, the prosecution presented copies of emails between Dobek and an unidentified Venezuelan military official discussing the purchase and delivery of the plane components.

In order to hide what he was doing, Dobek identified the materials as "t-molding" on shipping documents, according to prosecutors.

The United States in 2006 banned the export of all defense materials and services to Venezuela and revoked any existing authorizations and licenses.

"Anyone who, like Ronald Dobek, elects to violate the Arms Export Control Act and the clear regulations implementing it will be investigated exhaustively -- both domestically and internationally -- and be convicted for crimes that jeopardize the safety and the security of our nation," US Attorney James Santelle said in a statement.