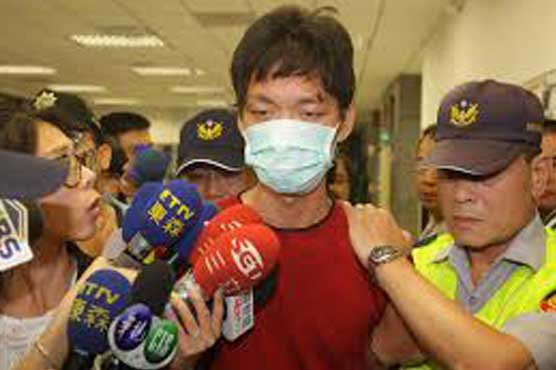 The Taipei Rapid Transit Corporation said it lost around 945,000 passengers in the 10 days.

TAIPEI (AFP) - The operator of Taiwan s subway system said Thursday it was seeking compensation for operational losses from a man who killed four people in a stabbing spree last month.

The Taipei Rapid Transit Corporation said it lost around 945,000 passengers in the 10 days following the May 21 attack or an equivalent of Tw$20.61 million ($687,000) in revenue -- the damages it sought from Cheng Chieh in a court case filed Wednesday.

Cheng, a 21-year-old college student, killed four people and wounded nearly two dozen others in the first fatal attack on the city s subway system since it opened in 1996.

The incident shocked Taiwan and has triggered panic among edgy commuters, as several passengers fled a train when they mistook an autistic man for an attacker when he accidentally touched a passenger sitting next to him last week.

On Wednesday, three people were slightly slightly injured when passengers tried to flee a train in panic after they thought an epileptic man who was having a seizure was attacking others.

Security has been strengthened in the metro, which transports around 1.85 million people a day.

According to the police, Cheng had said he wanted to do "a big thing such as this since his childhood" and originally planned to carry it out after he graduated from college.

Cheng had no record of mental disorder. Local media said he had been obsessed with online killing games and had written horror stories since high school.

Last week, Cheng s parents apologised to victims  families and asked for him to be executed as soon as possible to help ease the pain on the victims and their relatives.