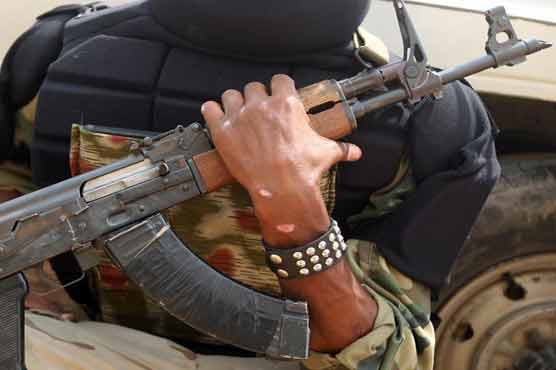 The victim worked for a company doing extension work at Benghazi Medical Centre.

TRIPOLI (AFP) - A French engineer was shot dead in the eastern Libyan city of Benghazi Sunday, a medical source said, and France s foreign minister demanded that the attackers be brought to justice.

The killing was the latest in a string of attacks and kidnappings targeting foreigners in the North African nation, which has been awash with guns since the 2011 uprising that toppled long-time dictator Moamer Kadhafi.

The source at Al-Jala hospital in the restive city of Benghazi said the 49-year-old Frenchman was hit by three bullets in the attack in the Abeida district.

The victim worked for a company doing extension work at Benghazi Medical Centre, where a source said he was with colleagues at the time of the attack.

He said he condemned the killing with the "utmost firmness", calling it a "hateful and cowardly act".

Fabius said in a statement that those responsible for the murder "must be found and punished as soon as possible".

As near-daily attacks across Libya continue unchecked, the country s justice ministry tweeted on Sunday that it was "deeply concerned" by the series of "assassinations that undermine the rebuilding of the new Libya".

The ministry made another post on the microblogging website saying it "strongly condemns all types of kidnappings which violate the values of the Libyan people".

It also called on "the Libyan people to unite together to protect their freedom, lives, and properties".

Benghazi, cradle of the revolution that ousted Kadhafi, has seen near-daily attacks on security and other targets as the weak central government struggles to rein in former rebel brigades turned militias.

A member of the security forces was killed on Sunday by a bomb placed under his car, Benghazi security spokesman Ibrahim al-Sharaa told AFP.

He added that a former police officer was also seriously wounded when gunmen opened fire on him in the city.

Western interests have also been hit by the post-uprising violence in Libya, notably a September 11, 2012 attack on the US consulate in which the ambassador, Chris Stevens, and three other Americans were killed.

In December, an American teacher was killed in Benghazi, and two French guards were wounded in a car bombing outside France s embassy in Tripoli last April 23.

A British man and a New Zealand woman were also found shot dead on a beach southwest of the capital in January.

With Islamist extremism on the rise, seven Egyptian Christians were executed in Benghazi last week after being kidnapped by gunmen.

And on Sunday, gunmen attacked another Egyptian working in a grocery, seriously wounding the man, Sharaa said.

France has been heavily involved in renovation and extension work at the Benghazi medical centre since 2007 under a cooperation project.

A French ex-honorary consul to Benghazi, Jean Dufriche, headed France s team at the hospital but left the country after being targeted in an assassination attempt in July 2013.