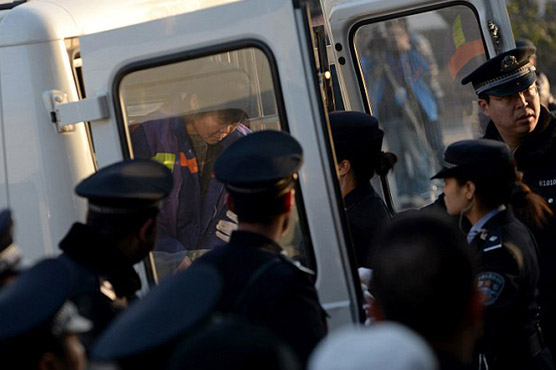 About 1,094 suspects involved in four baby trafficking rings were detained in nationwide operation.

A total of 1,094 suspects involved in four baby trafficking rings were detained in a nationwide operation which began on February 19, the Beijing News daily said, citing a police statement.

China has a flourishing underground child trafficking industry, for which tens of thousands of children are believed to be stolen each year, with demand fuelled by a one-child limit combined with a traditional preference for sons.

Police were alerted after investigating a series of adoption websites which were found to be fronts for child traffickers, the Beijing News report said.

China s state-run Xinhua news agency added that the use of such websites was an emerging trend amongst traffickers. It was unclear whether the rescued infants would be reunited with their parents.

Last month China gave a suspended death sentence -- generally commuted to life in prison -- to a doctor who abducted and sold newborn babies in a case that drew widespread outrage.

Zhang Shuxia, an obstetrician, was found guilty of stealing seven children, the court said, adding that she tricked parents into giving up their babies by telling them the newborns were sick or had died.

China does not publish figures on how many children are seized every year but said it rescued 24,000 in the first 10 months of 2013, probably a fraction of total cases.

Police have sometimes refused to open inquiries because the low chance of success might hurt their performance record, and have resisted pursuing families who buy the babies.

The country s strict population control policies mean that most couples are allowed to only have one child, although its top legislature this year endorsed a resolution allowing couples to have two offspring if either parent is an only child.