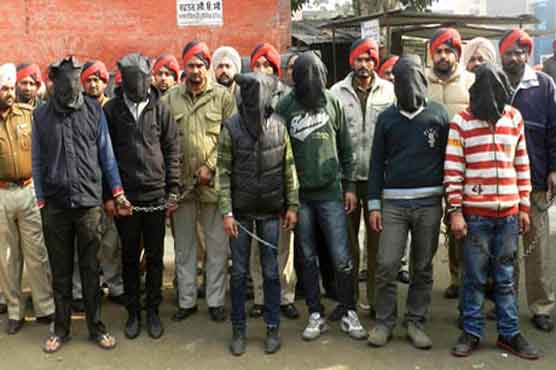 NEW DELHI - Delhi police have arrested four men for allegedly gang-raping a 24-year-old mother after chasing down the car the attackers used to transport their victim, an official said Thursday.

The incident, which happened on Wednesday night, comes less than two months after a fatal attack on a 23-year-old student who was gang-raped and violated with a rusty iron bar on a bus in Delhi.

The four men were driving through the city after raping the woman, but failed to stop their car at one at one of the many new checkpoints set up after the December 16 attack. It is unclear where the men were taking her.

"The accused refused to stop at the checkpoint and when the driver swerved past, the officers alerted the nearest police vans, which chased the car and nabbed the men," Assistant Police Commissioner Sanjay Sehrawat told AFP.

Sehrawat said a medical examination was conducted on the victim, who told police that one of the attackers was an old acquaintance of hers.

Earlier this week, police arrested a man for allegedly shoving a metal rod down the throat of a 22-year-old woman during an attempted rape at her home in the Indian capital on Monday night.

The December 16 gang-rape triggered mass protests across India and shone a spotlight on the frightening incidence of violence against women in the country.

A total of 24,206 rape cases were registered in 2011 although activists say those statistics represent only a fraction of the overall total due to the social stigma attached to reporting such crimes to the police.