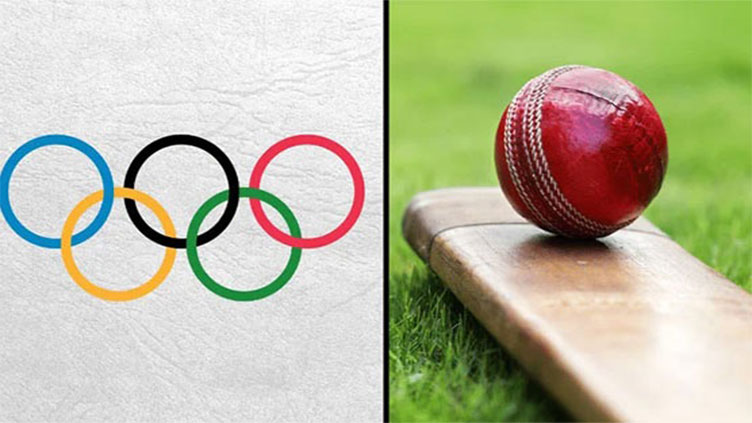 ABU DHABI (Web Desk) - The ICC has recommended six-team T20 events for both men and women to the 2028 Los Angeles Olympic Games organising committee (LA28), as it continues its push for cricket to be included in the biggest global sports events.

Though there were reports that cricket had failed to make it to the 2028 LA Olympics. No decision has been taken yet and a final call will be taken by the International Olympic Committee (IOC) around October this year after the LA28 organisers finalise the list of new sports by March. These will then be ratified, at the IOC s session in Mumbai, expected to take place around October this year.

If the proposal is accepted, it is likely that the six participating teams would be the top six in the ICC s men s and women s T20 rankings on a cut-off date.

The ICC has not yet finalised a tournament structure - it is still discussing options for this with the LA28 organisers.

T20 was the format proposed since both LA28 and the IOC had told the ICC that the format should be one in which there is a world championship conducted (that would rule out T10, for example), has a compact duration (ruling out ODIs) and significant spectator interest.

Why only six teams for the Olympics?

The key reason behind the ICC recommending six-team events is the IOC s drive to become more cost efficient, which it has laid out as part of its strategic plan titled "Olympic Agenda 2020+5". The best way to cut down on costs, the IOC has determined, is avoiding bloated squad sizes across disciplines as well as the overall contingents. As a consequence, the total athletes  quota at the 2024 Paris Games will be 10,500, down from 11,300 at the previous Olympics, held in 2021 in Tokyo.

As part of cost-saving "opportunities" under the 2020+5 strategic plan, which caters to several marquee events including LA28, the IOC has highlighted "evolving the event-based programme with a key focus on simplifying the venue master plan, and reducing cost and complexity in each sport".

LA28 also told the ICC that the quality of the proposed event must not be compromised, and it would need to be contested by the very best. This, too, contributed towards the idea to limit the proposed event to the top-six teams for both men and women.

Cricket has its own range of complexities in terms of streamlining costs, with squads travelling with teams of support staff, and requiring a certain number of pitches for games along with training pitches for teams to prepare on. It is understood that during the discussions, the guidance the ICC received from LA28 was that both the men s and women s events would need to be restricted to a single venue.

The ICC had already seen the advantage of such cost-saving measures at the 2022 Commonwealth Games in Birmingham last July-August, where women s T20 cricket was one of the 19 disciplines. Originally, the ICC had recommended two venues for it, but the organisers limited it to one venue - Edgbaston - with 16 matches conducted across ten days with multiple double-headers.

Cricket is competing with eight sports - baseball/softball, flag football, lacrosse, break dancing, karate, kickboxing, squash and motorsport - to make the 2028 Olympics. The IOC will review the proposals for all of them before finalising how many could be added to the list of 28 already finalised in February 2022.

The ICC has been in constant dialogue with both LA28 as well as the IOC. An ICC delegation had even travelled to the IOC headquarters in Lausanne, Switzerland. In December, ICC chief executive Geoff Allardice met with LA28 officials in Los Angeles.