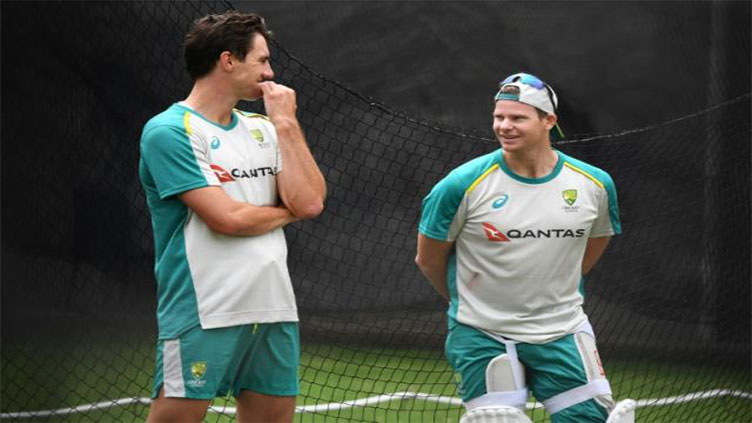 Steve Smith will captain Australia in the second Test against the West Indies.

ADELAIDE (AFP) - Steve Smith will captain Australia in the second Test against the West Indies after skipper Pat Cummins was ruled out due to injury Wednesday.

Scott Boland will replace the pace spearhead, who has been nursing a mild thigh problem and did not bowl on the last two days of the opening Test in Perth that Australia won by 164 runs.

Cummins had expressed confidence in being fit for the second day-night Test in Adelaide that begins Thursday but has not recovered in time.

"Team medical staff commenced Cummins  recovery in Adelaide but selectors deemed there was not sufficient time for the fast bowler to be fully fit for the match," Cricket Australia said.

Cummins also missed last year s Adelaide Test against England as a close Covid-19 contact, with vice-captain Smith standing in as skipper on that occasion as well.

Boland played in the Ashes campaign, taking an incredible 6-7 at the Melbourne Cricket Ground, but was overlooked for successive overseas tours this year.

Australia play five Tests this summer, with three against South Africa after the West Indies, and face a huge 2023. Cummins said on Sunday he was conscious that he has a lot of bowling ahead.

"I don t think he was too far away (from playing) and he will continue to build this week," Smith said of Cummins.

"But with what s coming up, a big series against South Africa and then Tests in India, there s a lot of cricket.

"I think we ve made the right call and he ll be fine to go for the next Test match I m sure."

Smith was Australia s full-time captain across all three formats of the game before his downfall during the infamous ball-tampering scandal in Cape Town in 2018, and he brings a lot of experience.

"I have to do it my own way, I can t be someone else," he said of the captaincy. "I am pretty chilled."

Australia were too good even without Cummins bowling in the West Indies  second innings in Perth, with Nathan Lyon shouldering the burden. Lyon ended with 6-128 despite the wicket offering little for spinners.

The world s top-ranked side head into this week s clash with an ominous record in pink ball Tests, having won all nine they have contested -- six of them at Adelaide Oval.

The West Indies have their own injury worries, with top-order batsman Nkrumah Bonner suffering a concussion in Perth. It is unclear whether he will be fit to play this week.

Their pace attack is also struggling, with Kyle Mayers (shoulder strain) unable to bowl in the Perth second innings, while Kemar Roach limped off with a hamstring niggle. Jayden Seales has also been battling knee pain.

Anderson Phillip is the first-choice back-up bowler but the uncapped Marquino Mindley could also play after arriving in Adelaide from his homeland on Tuesday as cover.

"We are playing the best team in the world, and we just want to grind and fight and stay in the fight as long as possible."