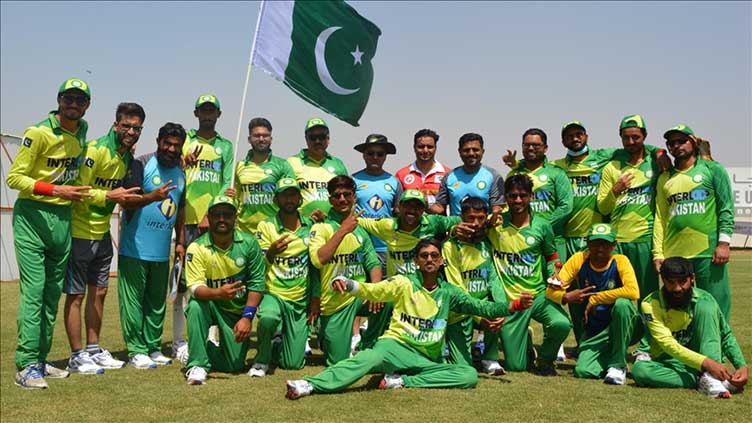 ISLAMABAD (Dunya News) - Pakistan Bind Cricket Council (PBCC) has discarded a news item spread by the Indian state media that their Ministry of Home Affairs (MHA) has issued the clearance of visas to 34 players and officials of Pakistan team for T-20 World Cup Cricket of the Blind.

The PBCC said in a statement that the deceptive news spread like wildfire in the Indian media and created confusion among masses and sports journalists of both Pakistan and India that Indian visas were issued to Pakistan Blind Cricket Team.

The PBCC made it clear on Tuesday that the Ministry of External Affairs, India (MEA) had denied visas to the Pakistani team on political grounds. Pakistan team has collected passports from the Indian High Commission in Islamabad on Tuesday, and no visa has been issued to the Green-shirts.

The misleading news which was spread late Tuesday was nothing but adding salt to the injuries of already dejected Pakistan team.

The PBCC said the propaganda from the Indian state media was just to mislead the sports loving people, federations and states across the world that India had issued visas to the Pakistani team but they did not want to come.

“The basic objective of this deceptive news is to flatten the immense pressure of international communities on India, who condemned and showed their disappointment on denying visas to Pakistan Blind Cricket Team to participate in the T-20 World Cup Cricket of the Blind on political ground,” it said.

Pakistan Blind Cricket Team was currently ranked No.1 in T20 Blind Cricket and refuting visas for participation in the World Cup was to deprive them from winning the title, which would have deep consequences on global sports.