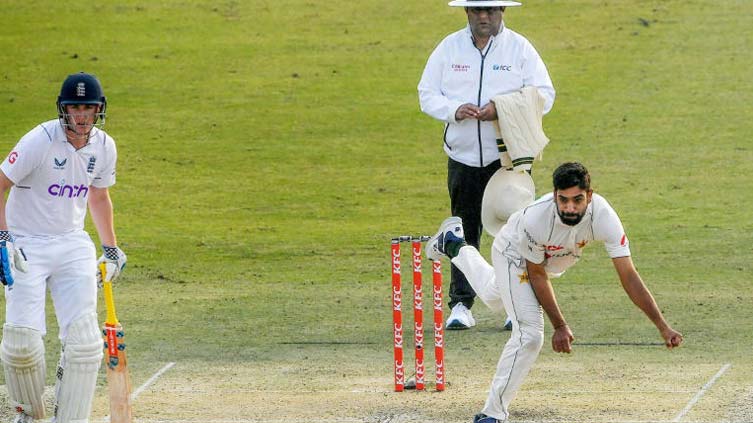 LAHORE (Dunya News) - Pakistan fast bowler Haris Rauf has been ruled out of the rest of the Test series against England with a thigh injury, the team’s management said Tuesday.

The 29-year-old, who made his debut in the opening Test in Rawalpindi, stepped on the ball while fielding on the first day. "A grade 2 strain in the right quad has ruled Rauf out of the Test series against England," the Pakistan Cricket Board said in a statement. Scans and a subsequent assessment concluded Rauf needs time off for rehabilitation, it added.

Rauf bowled 13 overs taking 1-78 in England’s first innings, but was unable to bowl in the second. He batted with discomfort in both innings.

England won the first Test by 74 runs on Monday to take a 1-0 lead in the three-match series.

Pakistan have yet to name a replacement for Rauf, but have a 17-man squad to choose from for the second Test starting in Multan on Friday.