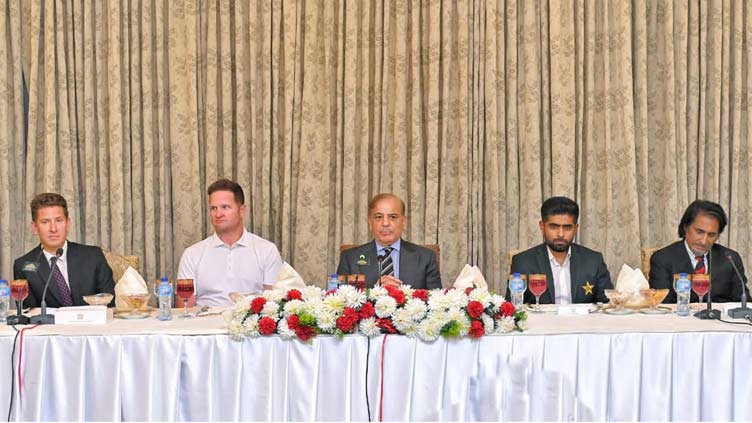 ISLAMABAD (Dunya News) – Prime Minister Shehbaz Sharif on Monday calling cricket a “common area of passion” between Pakistan and the UK, said the ongoing England cricket team’s tour to Pakistan would go a long way in building bridges between the two countries.

Addressing a reception he hosted in the honour of England and Pakistan Cricket teams at Prime Minister’s House on Monday, he said that Pakistan enjoys wonderful relations with Britain and cricket is one of the factors… And this is one common area of passion between Pakistan and Britain and that is cricket. 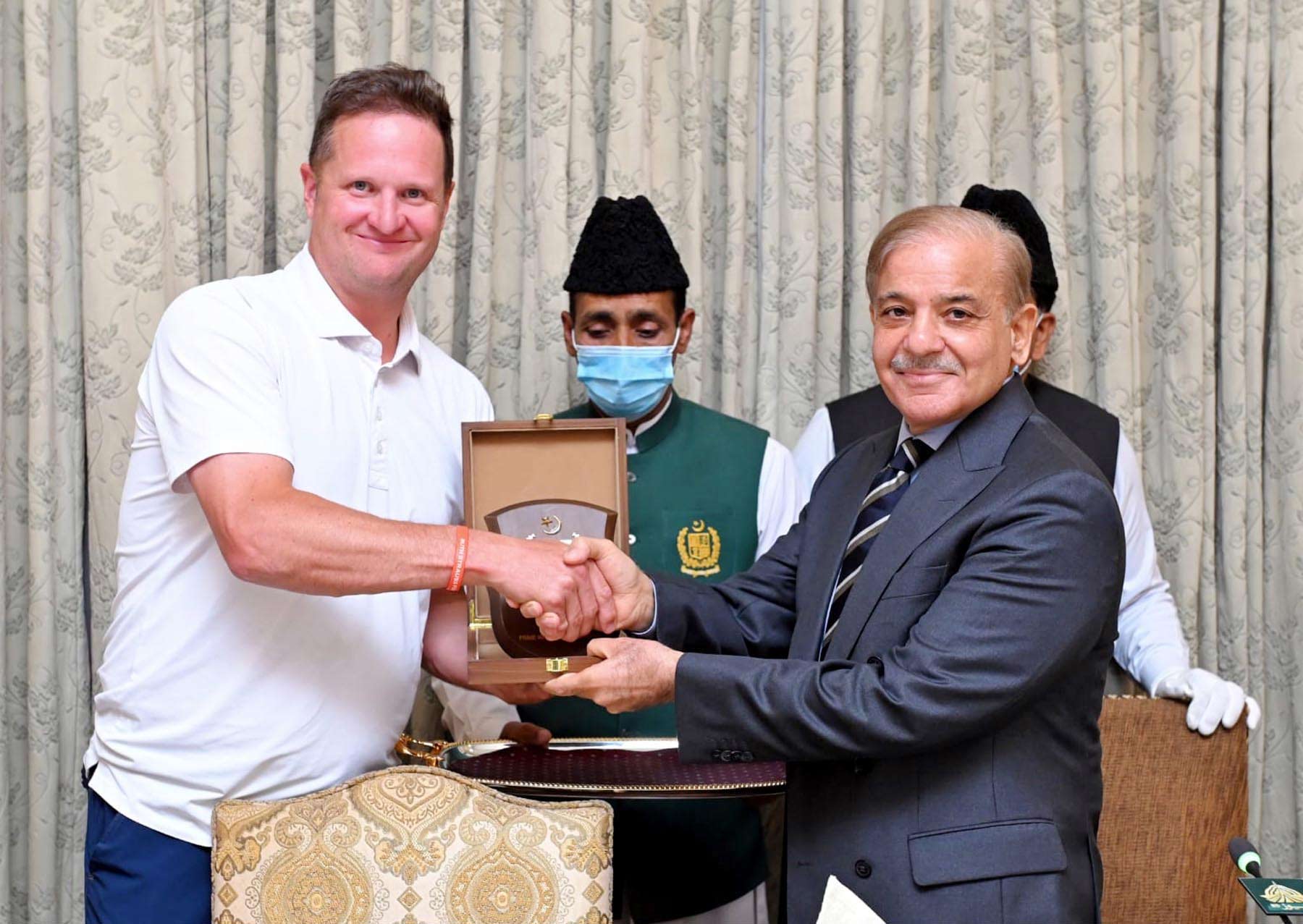 “I think your visit would go a long way in building bridges,” the prime minister said.

Sharif said that the Britains always supported the people in the cause of democracy and for their wellbeing by bringing investments through DFID in the education and health sectors. 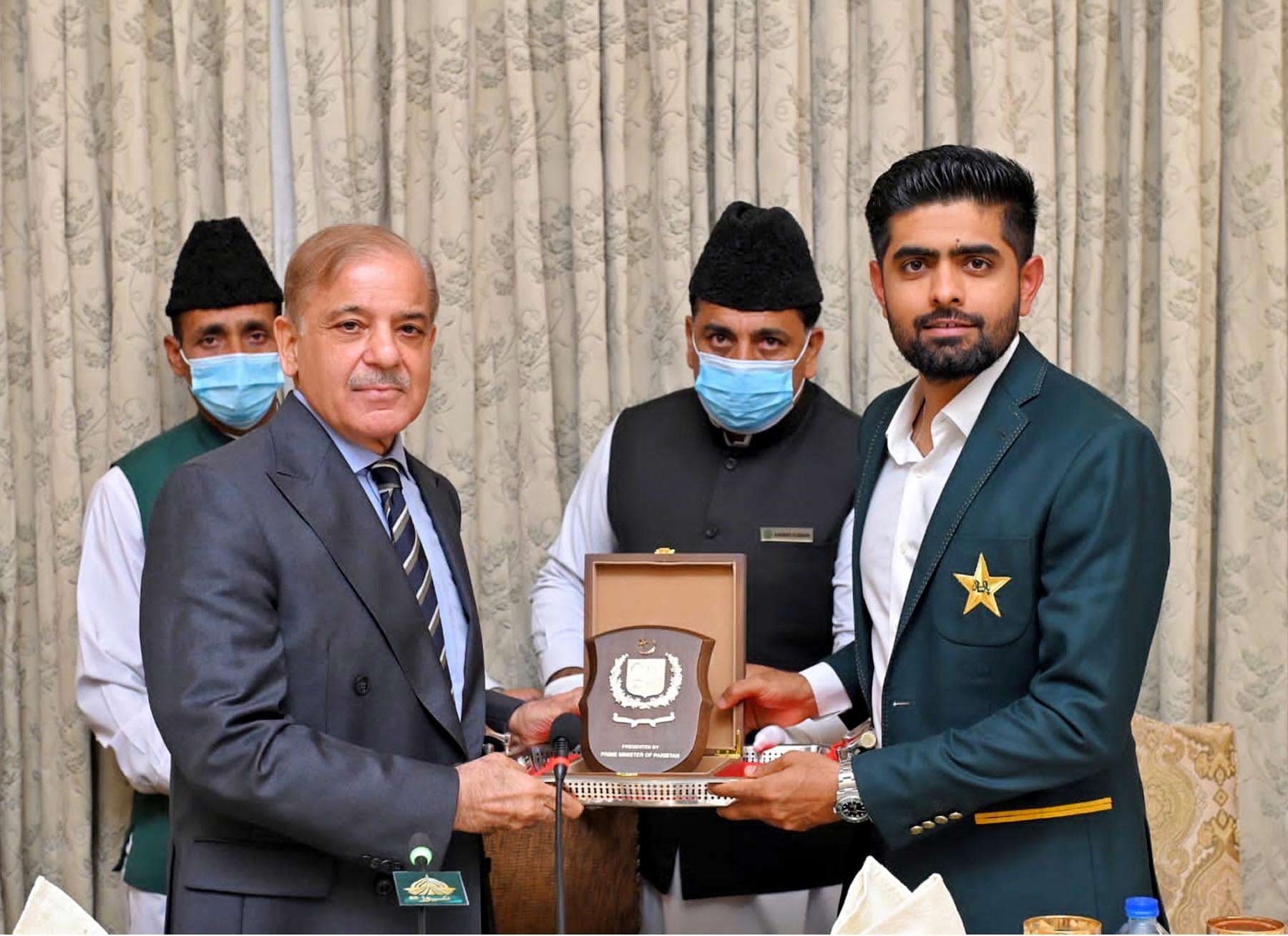 The PM also congratulated the England team for the win against Pakistan in the first of three test match series but was also confident to say that the Green Shirts would make a comeback in the next match. He said the visit of England’s team after 17 years was a great moment as they had visited in 2005 when Pakistan was facing an unbearable level of extremism and terror attacks.

He said having sacrificed thousands of lives of soldiers, personnel of the security and law enforcement agencies, and ordinary Pakistanis, the country was finally able to “clean bowl” the terrorists. 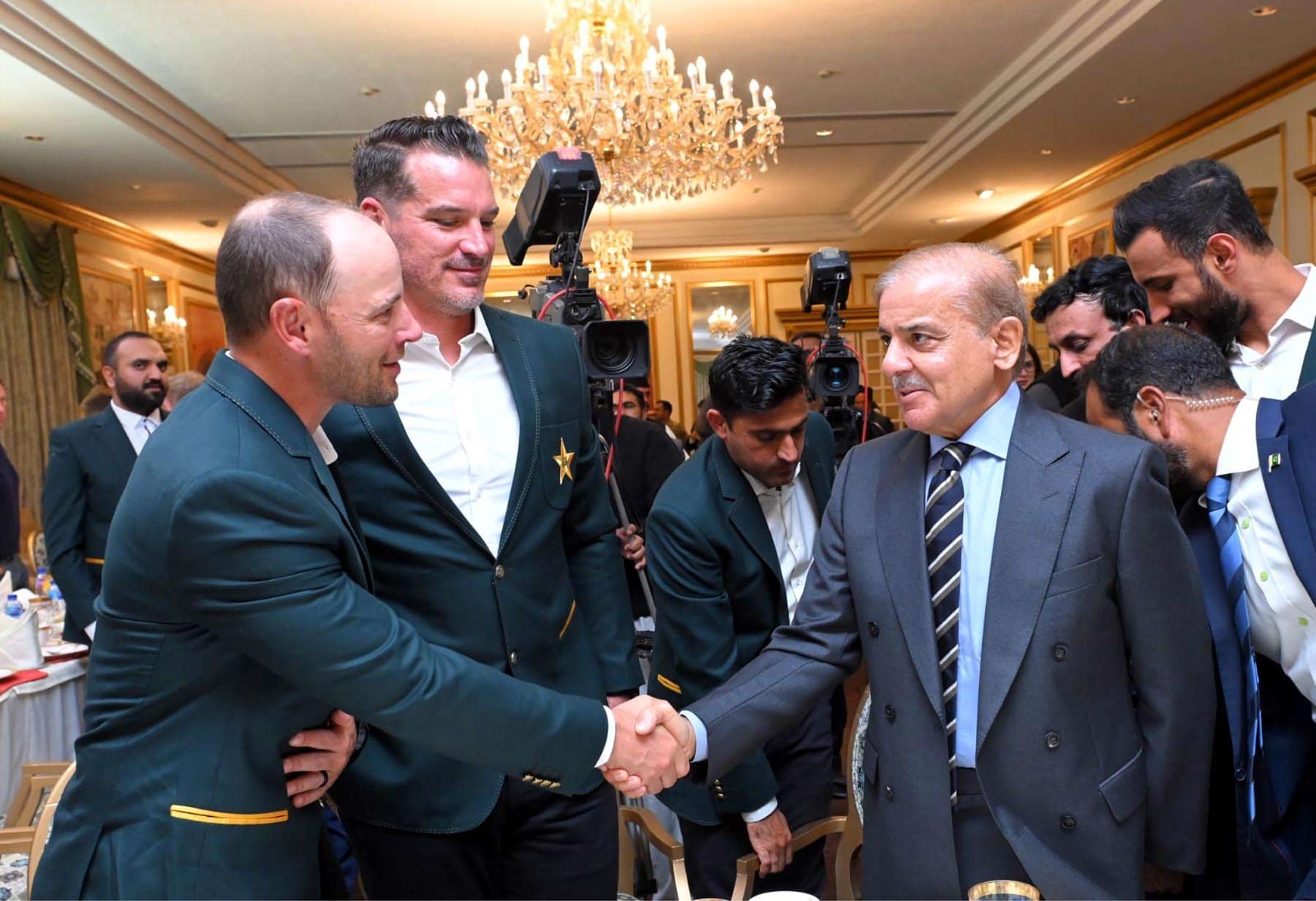 He also apprised the young cricketers of the past glory of Pakistan in cricket and mentioned Azhar Mahmood, late Hanif Muhamamd, known as “little master” and Asif Mahmood who had earned great fame in the world of cricket, adding that the Green Shirts had exhibited quality cricket in the recent past and hoped that they would continue to enhance their level to regain their place in the cricketing world. 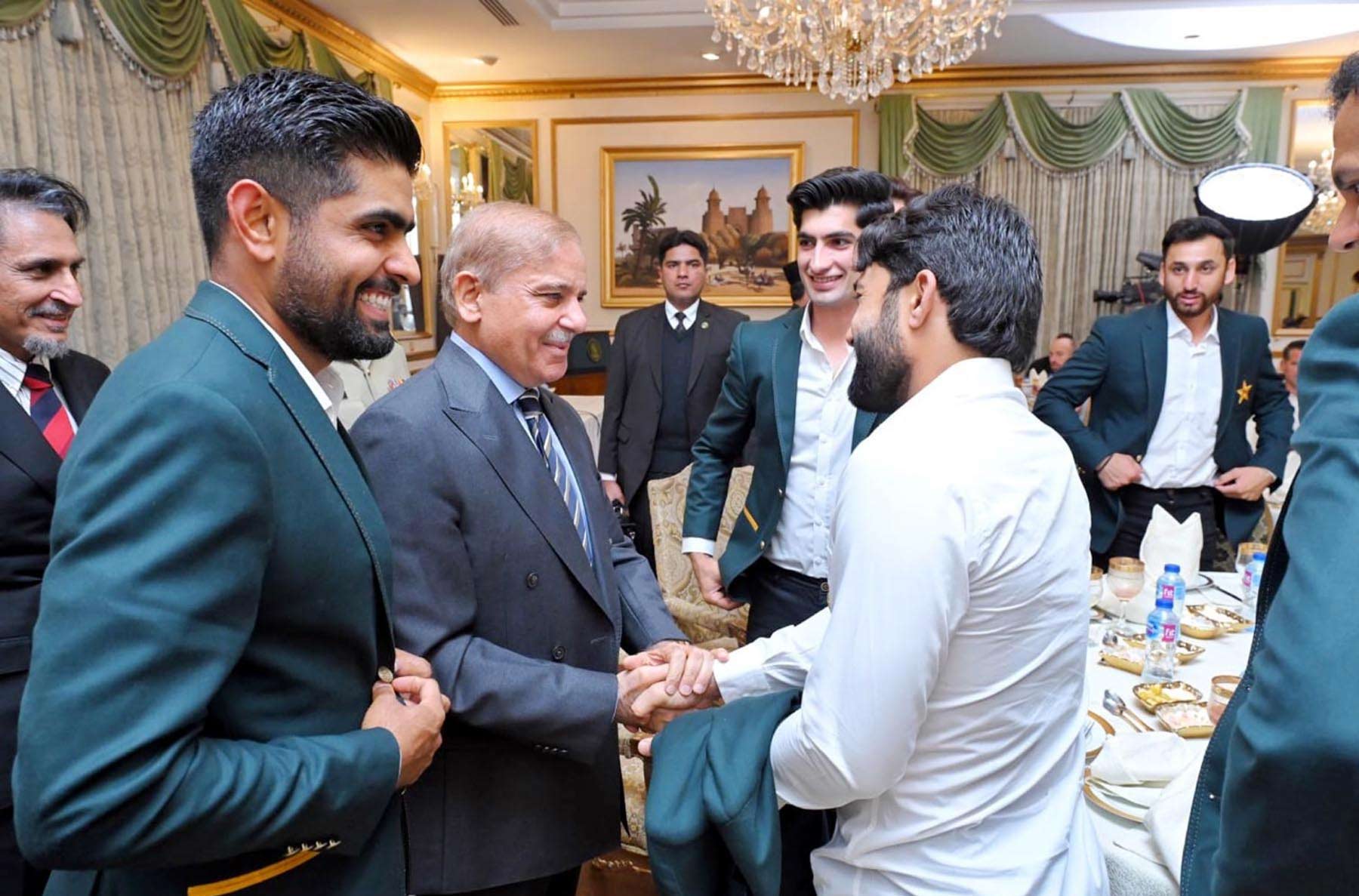 The premier, who also gave away souvenirs to the captains of both teams, appreciated England Captain for his generosity of donating his match fee to the flood victims of Pakistan. This is perfectly in line with the British golden tradition of philanthropy, he said and conveyed his regards to Ben Stokes who could not attend the reception.