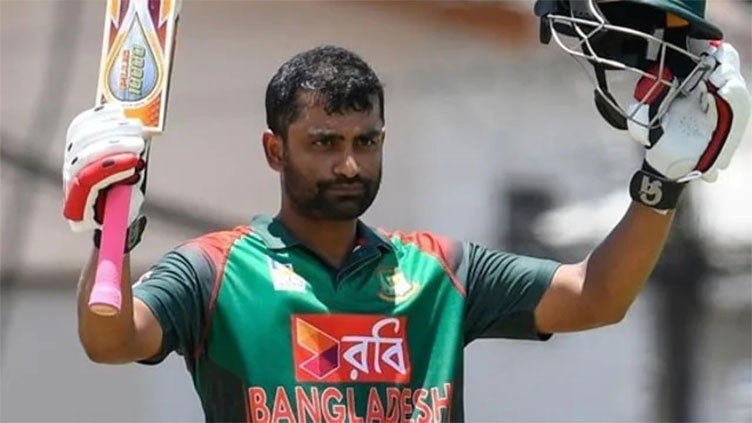 Tamim Iqbal has been ruled out of the ODI series and possibly the first Test against India.

DHAKA (AFP) - Bangladesh s one-day international captain and opening batsman Tamim Iqbal has been ruled out of a three-match series against India beginning in Dhaka at the weekend, officials said Thursday.

Bangladeshi chief selector Minhajul Abedin said Tamim suffered a groin injury during a training match on Wednesday and was unlikely to recover soon.

"He is definitely ruled out of the ODI series and possibly the first Test against India," Minhajul told AFP.

Minhajul said the captain for the series and a replacement for Tamim would be announced in due course.

The Bangladeshi chief selector said pace bowler Taskin Ahmed had also been ruled out of Sunday s first ODI due to injury.

"Taskin has been suffering from back pain. He will not play in the first ODI. We ll see his fitness before playing him in the remaining matches," he said.

Left-arm pacer Shoriful Islam has been added to the squad as a backup to Taskin, he said.

India arrived in Bangladesh on Thursday for their first tour there since 2015, which will include three ODIs and two Tests.

The first two ODIs will be held in Dhaka on December 4 and 7, while the third is at Chittagong on December 10, after which both sides will play two Tests.

Rain forced a draw in the only Test during India s last visit to Bangladesh, while the hosts won that year s ODI series 2-1.