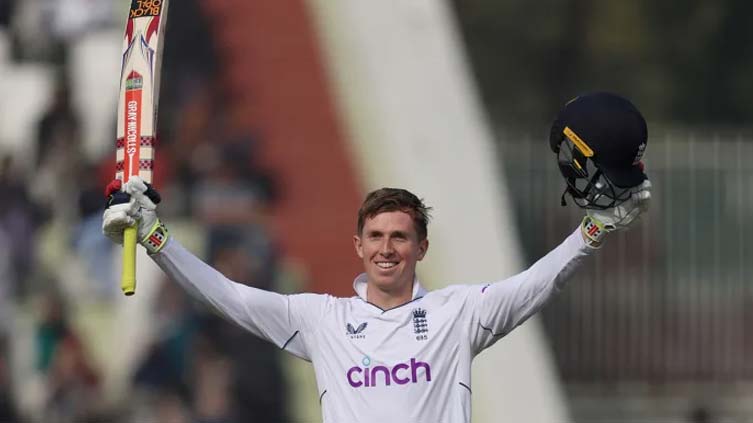 England had won the toss and opted to bat first. Coming on crease, the opening pair did not hesitate to give Pakistan a tough time. In their stand till lunch, the openers posted 174 runs. Pakistani bowlers were unable to grab any wicket but they got the first wicket on 233 in 36th over. Pakistan spinner Zahid Mehmood sent Ducket back to the pavilion at 107 runs. Later, pacer Haris Rauf took Crawley’s wicket, who posted 122 runs on 111 balls.

The game started on its decided schedule after a tension of delay as a virus had spread through the England camp on the eve of the game. Later, the English side was able to come up with a fine playing eleven with one change to their original team, replacing Ben Foakes with Will Jacks, who makes his test debut along with all-rounder Liam Livingstone.

Zahid picked up Joe Root’s wicket when he tried to sweep a shot and misses it for a LBW. They lost five wickets at the end of the day one.

Pakistan’s former captain Shahid Afridi while reacting to England’s aggressive display of cricket, said, "Fantastic start by England. It is incredible to see this aggressive approach in Test cricket."

He also added that the English side has made a real difference with coach Brendon McCullum and captain Ben Stokes. "Can’t say now what the result of this Test would be but one thing is for sure England’s batting is really entertaining," he said.