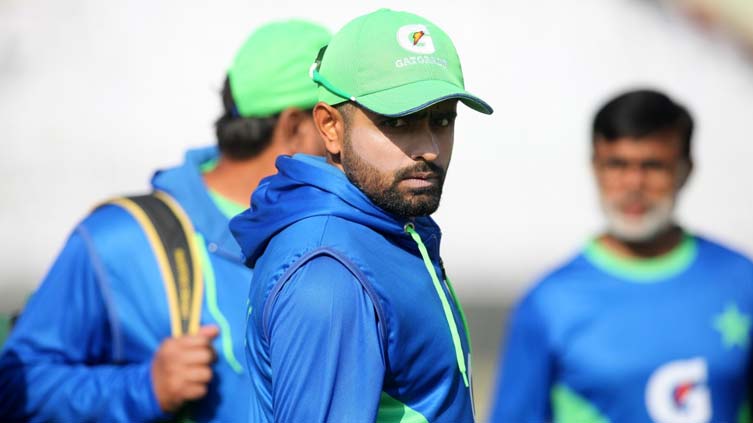 RAWALPINDI (Dunya News) - The first Test between Pakistan and England in Rawalpindi will start as scheduled today after the visitors passed a medical assessment on the morning of the match. However, changes are expected to the playing XI that England had announced 48 hours ahead of the match.

A virus that spread through the England camp on the eve of the game raised the possibility of the Test being postponed. This raised the question of whether England would have enough healthy players to take the field.

The virus had initially wiped out 14 members of the touring group including half of the 16-man playing squad, with symptoms including diarrhoea and vomiting.

Following an assessment by Dr Peirce and Dr Biswas of the touring group, many of whom were confined to their hotel rooms on Wednesday, the results confirmed England would be able to field an XI.

A joint statement from the ECB and PCB said, "The ECB has informed the PCB that they are in a position to field an XI, and, as such, the first Test will commence as per schedule today (Thursday, 1 December) at the Rawalpindi Cricket Stadium."

The make-up of the team, however, is subject to change. Captain Ben Stokes, who named his side on Tuesday, James Anderson and Jack Leach were among the worst affected, with others due to play also battling to shake off the bug. Training on Wednesday was optional with only Harry Brook, Zak Crawley, Keaton Jennings, Ollie Pope and Joe Root attending the session. All bar Jennings had been named in the initial team, along with a debut for Liam Livingstone, a recall after six years for opener Ben Duckett, Ben Foakes, and Ollie Robinson.

England captain Ben Stokes won the toss and elected to bat in the opening test against Pakistan.

The touring side made one change to their original playing 11, replacing Ben Foakes with Will Jacks, who makes his test debut along with all-rounder Liam Livingstone.

Earlier, the Pakistan board shared a video in which it announced the Pakistan’s playing eleven. Pakistan is going with four debutants.