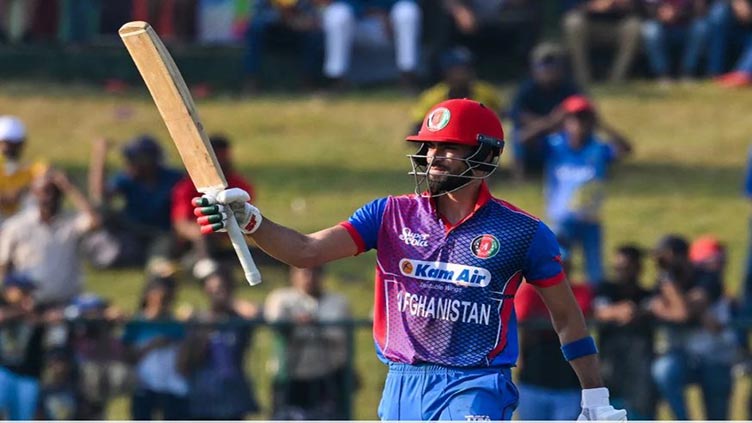 KANDY (AFP) – Afghanistan opener Ibrahim Zadran smashed 162 to register his team s highest ever individual score, bringing the tourists to 313-8 against Sri Lanka in their final one-day international on Wednesday.

The tourists, who lead the three-match series 1-0 after the rained off second match, chose to bat first in Pallekele but lost three early wickets.

Ibrahim, who hit a match-winning 106 in the opener, and left-handed Najibullah Zadran, who made 77, then put on 154 runs to rebuild and put Sri Lanka on the back foot.

The effort was Afghanistan s best fourth-wicket partnership, breaking a 2013 record of 144 between Nawroz Mangal and Samiullah Shinwari against Scotland.

It was the 20-year-old Ibrahim s third century in just his eighth ODI and surpassed Afghanistan s previous top score of 131 not out by Mohammad Shahzad.

The pair started slowly from 57-3 and changed gears after Ibrahim reached his fifty in the 25th over.

They made a boundary in almost every over that followed, with Najibullah reaching his fifty with a four off Dhananjaya de Silva.

The southpaw smashed eight fours and one six before falling to a stunning catch at mid-wicket by skipper Dasun Shanaka off wrist spinner Wanindu Hasaranga.

Afghanistan lost more wickets but Ibrahim stood firm to take on the bowlers as he surpassed his previous best of an unbeaten 121 before departing on the final ball of the innings.

Sri Lanka need 314 runs to level the series and get crucial Super League points for any chances of a direct entry into next year s ODI World Cup in India.