Babar confident Pakistan will prove equal to the task 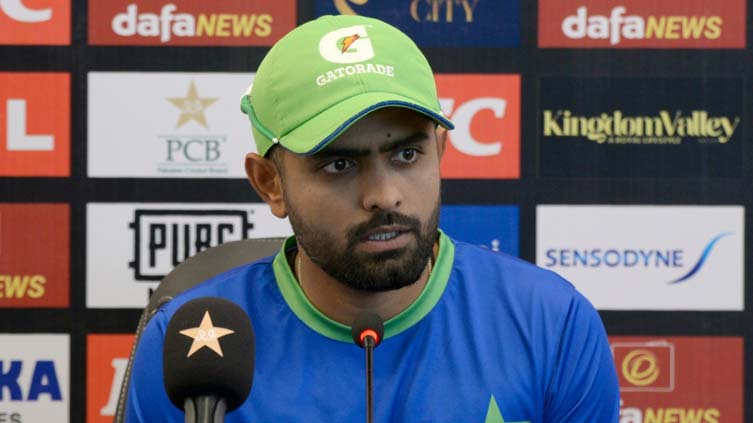 Babar confident Pakistan will prove equal to the task

Babar confident Pakistan will prove equal to the task.

RAWALPINDI (Dunya News) - Pakistan all-format captain Babar Azam says the team’s preparation for the Test series against England is very good and it will perform well in the series.

Speaking at a press conference a day before the first Test in Rawalpindi, Babar averred the series was very important for the national side but there was no pressure on the team. He also said that the best bowling and batting combinations would be considered for the crucial matches and the team management was planning it.

Answering a question about the English players’ illness prior to the match, Mr Azam said he would want England to play with full strength and wished the visiting team gets well soon.

"Representing Pakistan and leading the team in all three formats is an honour for me. I do not take pressure of the captaincy. Yes, there are ups and downs but I try to give my hundred per cent. I do not think of losing the captaincy as Allah has given me this opportunity and only He can take it back," said Babar.

Answering questions about the Test series against New Zealand after the England games and playing the World Test Championship Final, he said it was a golden chance for the team and the Shaheens would try to win four out of five Tests to play the final of WTC. "We will try to play competitive cricket and get the positive outcome," he added. The skipper also urged fans to support both the teams.

Meanwhile, the first Test is scheduled to be played from Dec 1 and the Pakistan Cricket Board (PCB) said in a statement that both the boards were in discussion about the commencement of the first Test "as some English players are down with viral infection".