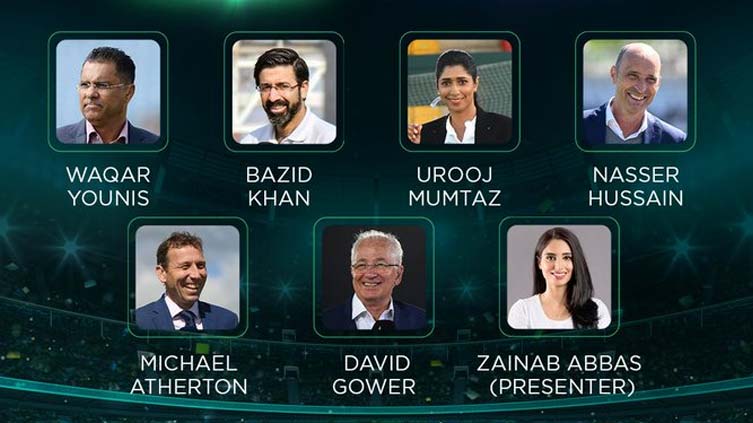 While Gower has commentated in Pakistan during the HBL Pakistan Super League and the recent seven-match T20I series between Pakistan and England, this will be the first instance of Atherton and Hussain touring Pakistan as broadcasters through PCB’s official partnership with Sky Sports UK, a PCB statement said.

The three Tests will be beamed all around the globe through 27 full High-Definition cameras, including the buggy cam and complete hawkeye review system.

The series also sees PCB’s PitchSide Studio make a return, which will be hosted by famed presenter Zainab Abbas, providing viewers an access to insights during pre- and post-match shows; as well as during the Lunch and Tea intervals.

When the series kicks off in Rawalpindi on 1 December, it will see the two teams play each other for the first time on Pakistani soil in a Test match in 17 years and the broadcast of this much-anticipated series will be available through PTV Sports on Linear TV and ARY Zap on live-streaming within Pakistan; Etisalat (Middle-East and North Africa), Flow Sports (Caribbean), Sky NZ (New Zealand), Fox Sports (Australia), Sky Sports (United Kingdom), Sony (South Asia outside Pakistan), Super Sports (Sub-Saharan Africa) and Willow TV (North America).

BBC Sport (United Kingdom) and FM 106.2 (Pakistan) will be radio partners for the series.