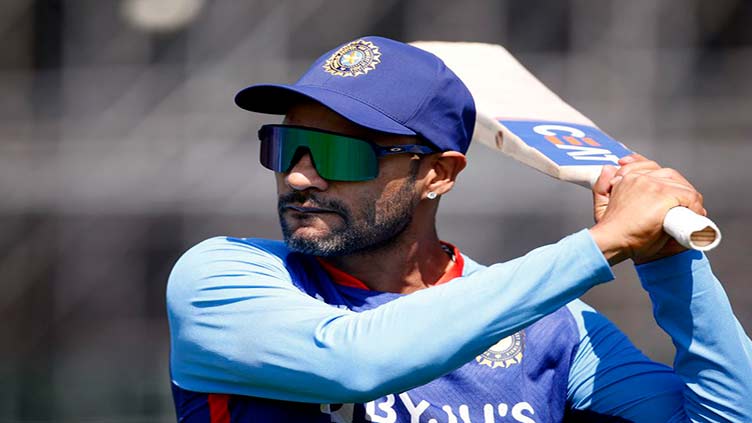 (Reuters) - India skipper Shikhar Dhawan views the one-day series against New Zealand as part of their preparation for the home World Cup next year but rival captain Kane Williamson preferred to stay in the present on Thursday.

India were eliminated in the semi-finals of the 20-overs World Cup in Australia earlier this month but prevailed in the T20 series against New Zealand.

The importance of the three-match ODI series against New Zealand was not lost on Dhawan, who is leading an India side bereft of senior batters, including regular captain Rohit Sharma.

"It s a good exposure for the young boys to come and play in New Zealand and test their skills and characters in different conditions," Dhawan told reporters on the eve of the first ODI in Auckland on Friday.

"This is about preparing for the World Cup. The young boys have been doing well, which is great to watch. The World Cup is still far, but we have a fair idea about the players."

It is particularly an important year for Dhawan who plays only the 50-overs format for India though he has been appointed Punjab Kings captain for next year s Indian Premier League.

The left-handed opener, however, is at peace being a single-format international player.

"I see it as blessing, because I get to do other stuff as well," the 36-year-old explained.

"I stay lot more fresh and feeling stronger than when I played all three formats."

For Williamson, the immediate target was to win the series against India.

"After a large volume of T20 cricket and the World Cup, naturally the focus shifts to the next one and that is the (global) ODI tournament," the 32-year-old said.

"(I m) reluctant to call it preparation, it s very much focusing on the series at hand and the cricket we want to play."

"So focusing on what s in front of us but no doubt there s lot more one-day cricket coming up."