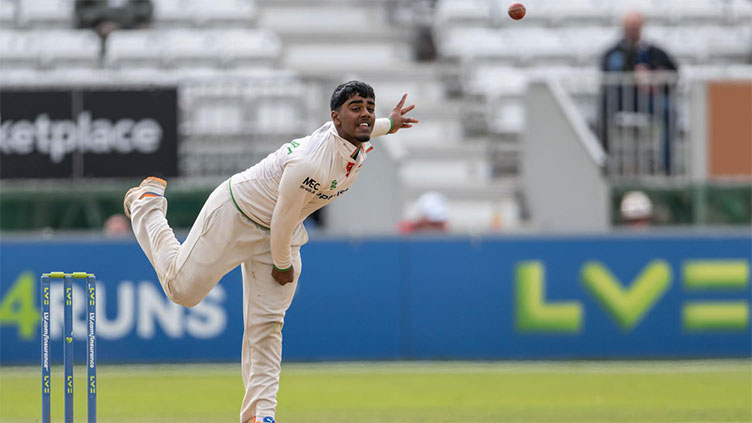 The 18-year-old has been training with the second-string England Lions in the United Arab Emirates during the past three weeks and has done enough to gain selection for a senior squad where Jack Leach is the only proven red-ball slow bowler.

In addition to his age, Ahmed s rise is all the more remarkable as he has played just three first-class matches and only made his County Championship debut for Leicestershire in May.

He will now head to a three-Test series in Pakistan, where pitches traditionally favour spin bowlers, with a mere nine first-class wickets to his credit.

Should Ahmed be selected in Rawalpindi, Multan or Karachi, he will surpass the record of the late Brian Close, who was 18 years and 149 days old when he made his England debut in 1949.

Ahmed had just finished playing for the Lions against the senior England XI on Wednesday s opening day of a warm-up match in Abu Dhabi when his promotion to the Test squad was made public.

Figures of 0-73 off eight overs did not inspire confidence, but conditions appeared to favour the bat given a stumps score of 501-7.

England red-ball coach Brendon McCullum, however, said both he and Test captain Ben Stokes had been impressed by Ahmed s attitude.

"We know he s not the finished article and has raw potential, but Ben, myself and the rest of the coaches like how he approaches his game," explained McCullum in an England and Wales Cricket Board statement.

"The experience of being part of the squad in Pakistan will be hugely beneficial for him, and he will add to the make-up of our squad."

England fly to Pakistan on Saturday, with the first Test in Rawalpindi scheduled to start on December 1.