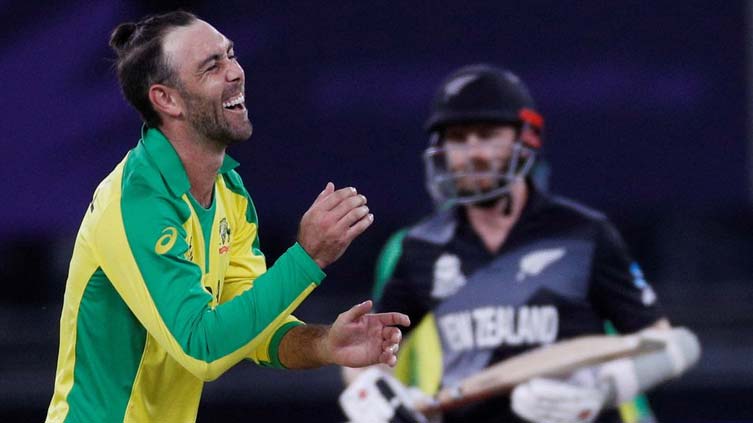 MELBOURNE (Reuters) - Glenn Maxwell said a bit of backyard horseplay with an old schoolteacher at a house party in Melbourne led to the broken leg that wiped out the Australian all-rounder’s summer.

The hard-hitting batsman suffered a broken tibula in his left leg in the incident and underwent surgery earlier this month to reset the bone. He may be sidelined for up to three months.

A bed-ridden Maxwell said in a video posted on Cricket Australia’s website that his former schoolteacher had fallen on his leg when they both slipped over on a patch of wet artificial grass in their friend’s small backyard.

"One of my mates, who was also one of my schoolteachers, we were laughing about something and I pretended to chase him off somewhere," said the 34-year-old.

"I reckon we both took about three or four steps out there, and both slipped at the same time.

"I just got my foot stuck a little bit, and he fell, unfortunately at a really bad angle and landed straight on my leg.

Maxwell said his leg "just snapped" and he heard and felt every part of it.

Maxwell revealed he lay prone in the backyard for nearly an hour for fear of making the injury worse, with friends putting a tent over him to shelter him from rain before driving him to hospital.

He was unable to sleep for two days while in agony.

Apart from the break, Maxwell said he had ruptured the syndesmosis ligaments in his foot.

Five years after the last of his seven tests, Maxwell had hoped to use the domestic summer to build his case for a recall in Australia’s test squad ahead of their tour of India next February and March.

"I would dearly love to be okay for that but I’m a slave to how my body recovers and how quickly I can, I suppose, get the strength back into it," he said.

Maxwell saw a silver lining in the break, saying it had "refocused" him on getting fit to prolong his career rather than burning out from playing too much.

"I think now I can ... make sure that for the back end of my career, I’m fit, strong, healthy and hopefully in a better state for next year’s World Cup and all tournaments going forward," he said.