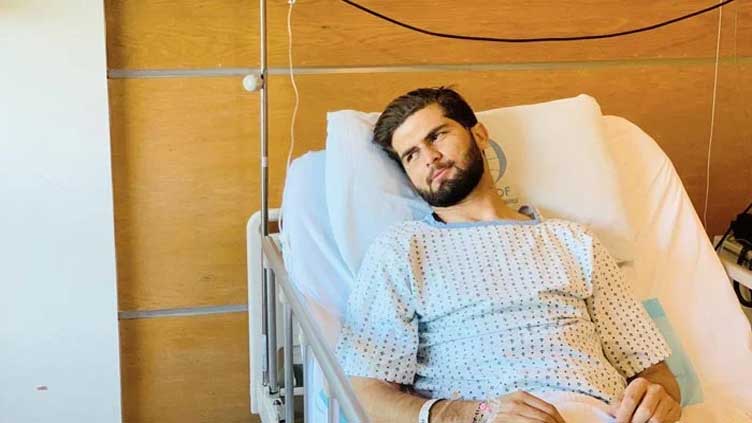 The star player took to Instagram to inform fans about his feelings after the surgery and penned that he is feeling better now.

"Had an appendectomy today but Alhumdulillah feeling better. Remember me in your prayers," wrote Shaheen.

It is pertinent to mention that during the T20 World Cup 2022 final, Shaheen Shah Afridi again suffered a knee injury.

The Pakistan Cricket Board (PCB) said that pacer Shaheen Shah Afridi’s scans revealed no indications of injury, although he has been advised of a two-week rehabilitation period.

The board reported, "Shaheen’s scans – conducted before the team’s arrival to the homeland – revealed "no signs of an injury. The source of the knee pain, was probably "due to a forced knee bend when landing."

"Following his return to Pakistan, Shaheen will participate in a conditioning and rehabilitation programme at the National High-Performance Centre aimed at strengthening his knee", according to the release.

The PCB stated, "Shaheen comeback to international cricket will be contingent on the completion of the rehabilitation programme and the approval of the medical staff".

It merits mention here that due to knee pain, Afridi was forced to leave the field and was unable to bowl his final two overs during the final against England, which may have significantly altered the outcome of the game. On the other hand, England’s bowler Sam Curran, skipper Jos Buttler, and all-rounder Ben Stokes helped England sweep past Pakistan and lift the trophy of the ICC T20 World Cup.