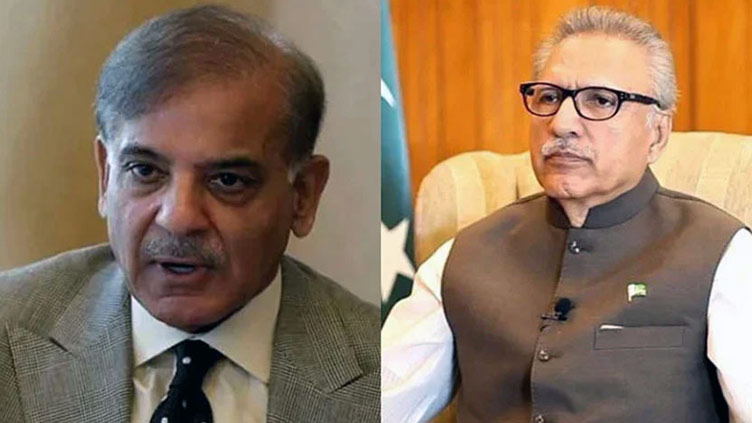 PM while appreciating the national team, in a tweet, said that it was a big moment for all.

ISLAMABAD (APP) - President Dr Arif Alvi and Prime Minister Muhammad Shehbaz Sharif on Sunday appreciated Pakistan Cricket Team for their performance in a crucial super stage fixture against Bangladesh, and notching a place in the semi-final of the ICC Men’s T20 World Cup 2022 being underway in Australia.

On his Twitter handle, the president expressed the hope that the Green shirts would also win the next fixtures as well.

He also appreciated the bowling spell of Shaheen Afridi who took four wickets.

“Well done! Exceptionally talented and lucky Pakistanis. Allah Shukar, we make it to the semi-finals. Great bowling by Shaheen Afridi, you are a gem. God knows we needed this good news to uplift us. Good luck to the green shirts for the semi-finals. Inshallah, we will win,” the president posted a tweet.

The prime minister while appreciating the national team, in a tweet, said that it was a big moment for all.

He also lauded the Netherlands cricket team for their win against South Africa.

“Big moment. Congratulations to all of you. Well played, Pakistan and Netherlands,” he said.

Pakistan beat Bangladesh by five wickets after achieving the target of 127 runs in 18.1 overs. Earlier, the Netherlands made history with their remarkable triumph against South Africa which paved the way for Pakistan to clinch the top position in Group 2 table with 6 points.