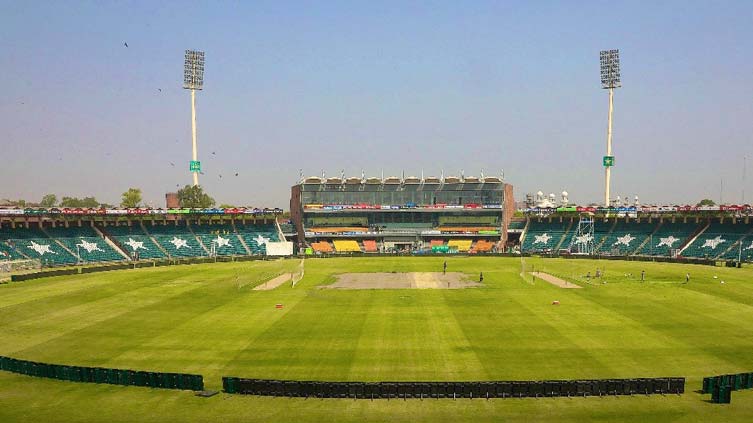 Pakistan to lock horns with England in first T20I of Lahore-leg.

LAHORE (Web Desk) - Pakistan and England will go head-to-head today (Wednesday) in the fifth Twenty20 International match of the seven-match series as the second leg of series begins at Gaddafi Stadium.

The series is leveled at 2-2, as Pakistan had defeated visitors in a nail-biting finish during fourth T20I at National Stadium Karachi.

Pakistan are expected to test their "full-strength" squad in Lahore-leg, local media reported, while no major changes are expected in the English playing XI.

Media reported that inclusion of vice captain Shadab Khan as well as fast bowler Naseem Shah in Pakistan’s playing eleven is on the cards, while back-up wicket keeper Muhammad Haris can also be given a chance during one of the final matches.

On Monday, the two teams reached Lahore amidst extraordinary security, where they were moved to hotel from the airport.

Tickets of the all three matches in Lahore have been sold out.

Both teams will be fighting to clinch the series, while Babar Azam-led team is determined to win the series to get a boost for the upcoming T20 World Cup in October.