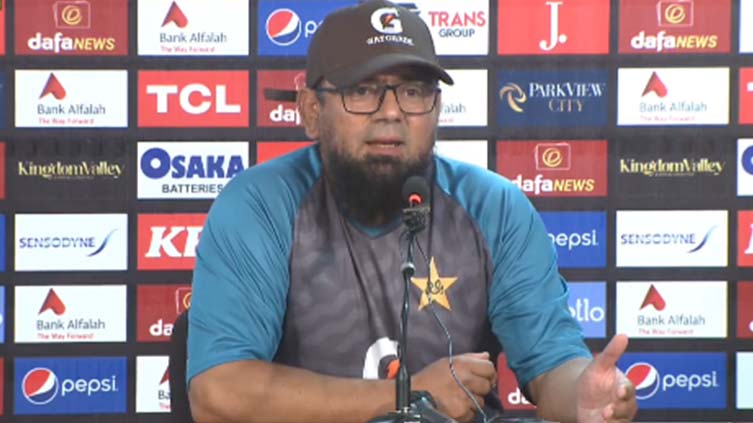 "It is the system of nature that we win sometimes and lose also," said the head coach.

KARACHI (Web Desk) - The head coach of the Pakistan cricket team, Saqlain Mushtaq, stressed the need for every Pakistani to buck up as "Winning and losing is part of the game."

Following the Pakistan’ defeat on Friday, the national team’s head coach Saqlain Mushtaq attended the press conference, where he was quizzed about the side s heavy loss.

"It is the system of nature that we win sometimes and lose also," said the head coach.

Saqlain said, "By talking about the middle order so frequently, you are influencing our minds. By frequently referring to the middle order, you are undermining the players  confidence in this manner." He underscored the need for every Pakistani to repose trust in the skipper, coach and players.

The head coach said, "Pakistan triumphed yesterday, and they (England) made it today, so it shows the team will win whose plans work."

He said the Pakistani team consists of the best available players. "We should have faith in our players. We will have to repose this confidence in them," he said, adding, "there are some concerns, and efforts are being made to do away with them."

Saqlain said the Pakistan bowling appeared to be lacking a lot in the third match of the England series. "Our bowlers made a lot of mistakes. Our plans were not good, either," he said.