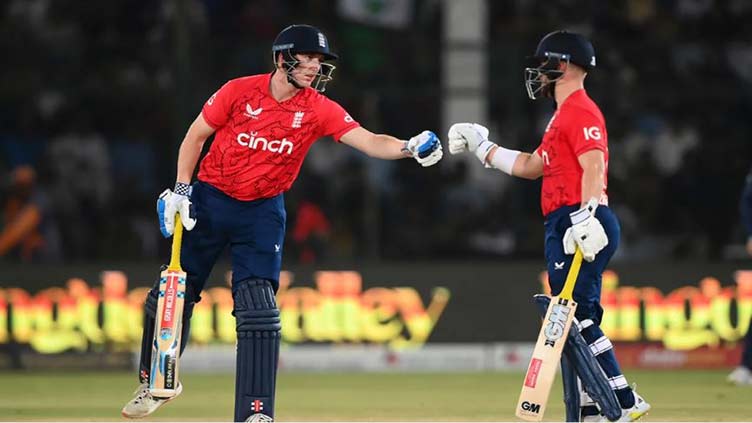 KARACHI (AFP) - Middle-order batters Harry Brook and Ben Duckett smashed robust maiden half centuries to lift England to 221-3 in the third Twenty20 international against Pakistan in Karachi on Friday.

Brook scored a 35-ball 81 not out while Duckett cracked an unbeaten 42-ball 69 after Pakistan won the toss and sent England in to bat at the National stadium.

The seven-match series is tied at 1-1 after England won the first fixture by six wickets while Pakistan took the second by ten wickets, both in Karachi.

Debutant Will Jacks set the platform for England with a sparkling 20-ball 40 with eight boundaries before Brook and Duckett took the attack to the Pakistan bowlers.

For Pakistan, leg-spinner Usman Qadir was the pick of the bowlers with 2-48 while pacer Shahnawaz Dahani went for 62 runs in his four wicket-less overs.

England are on their first tour of Pakistan since 2005.

The remaining matches are in Karachi (Sunday) and Lahore (September 28, 30 and October 2).