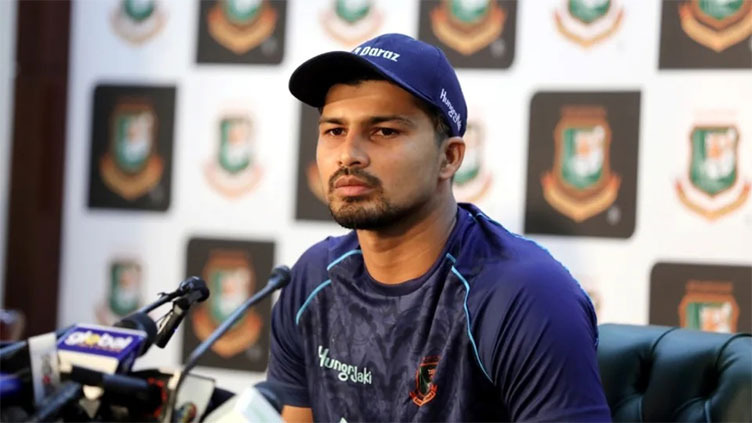 Shakib, who is currently playing for Amazon Warriors in CPL, has been left out from 17-man squad.

DHAKA (Web Desk) - The BCB will not pull Shakib Al Hasan from his CPL contract, as he was omitted from Bangladesh s 17-man squad for the upcoming two-match T20I series against UAE in Dubai.

Nurul Hasan, who is returning to the squad after a finger surgery having missed a chunk of the Zimbabwe tour and the Asia Cup, will lead in Shakib s place.

Shakib is playing for the Amazon Warriors as a replacement for Tabraiz Shamsi though he hasn t made an appearance this season.

The Bangladesh squad is mostly made up of the T20 World Cup-bound players. However, to make up for Shakib s absence, the selectors have included three of the four standby players, such as legspinner Rishad Hossain, who gets a maiden senior call-up. He has taken six wickets in 14 T20s, but is often used only as a net bowler at home. He recently performed this duty during the Asia Cup in UAE.

There s also a return for Soumya Sarkar, who played the last of his 66 T20Is against Australia at home last year. Left-arm quick Shoriful Islam was also included in the squad.

Bangladesh depart for Dubai on Thursday, to play the two T20Is as well as take part in some training sessions. The tour was hastily organised last week when they failed to hold practice sessions in Dhaka due to heavy rain. Bangladesh are set to return on September 28, and then leave for New Zealand, to play the T20I tri-series next month, a few days later.