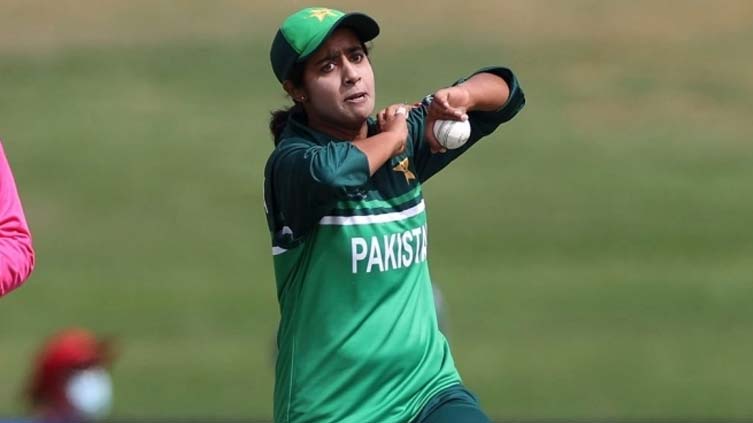 LAHORE (Dunya News) - Nashra Sundhu has been named as Fatima Sana’s replacement for the ACC Women’s T20 Asia Cup. Fatima has been ruled out of the tournament due to ankle injury. The fast bowler was injured while playing for Barbados Royals in the Women’s Caribbean Premier League.

Fatima’ replacement, left-arm orthodox Nashra has featured for Pakistan in 77 matches (49 ODIs, 28 T20Is) and she was amongst the four reserve players for the ACC Women’s T20 Asia Cup.

Pakistan women’s team are currently undergoing a 10-day camp at Lahore Country Club in Muridke. The national side will fly out for Bangladesh on 28 September.

Pakistan will play their opening match in the tournament against Malaysia on October 2 at the Sylhet International Cricket Stadium.