Rizwan responds to question on criticism on his, Babar's strike rate 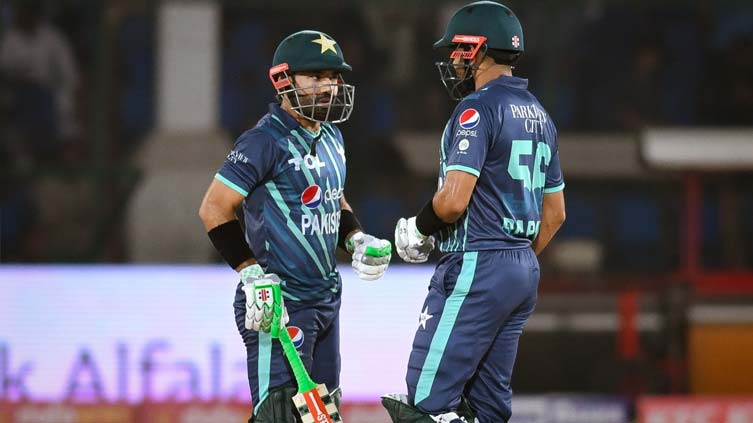 Rizwan responds to question on criticism on his, Babar's strike rate

Rizwan, however, had a rather straightforward remark.

LAHORE (Web Desk) - Pakistan wicket-keeper batter Mohammad Rizwan is known for his calm and composed attitude. The cricketer was recently asked about his and Pakistan captain Babar Azam’s strike rate and he responded to the question in his style.

After Pakistan lost their first T20I match from England in the seven-match series, Rizwan answered to the questions of journalists in a post-match press conference. He spoke on the issues grappling the Pakistan cricket team after the loss. One of the major concerns for Pakistan side has been the low strike rate of their openers Rizwan and Babar, and many former cricketers had debated on the same throughout the last few weeks. As Rizwan produced a significantly brisk knock – scoring at a strike rate of 147.83 – a reporter asked the Pakistan wicketkeeper-batter if it was a focused attempt at displaying intent.

Rizwan, however, had a rather straightforward remark.

The Pakistan wicketkeeper, however, also stated that if the criticism has been made out of spite, then the concerned critic is bound to face "dishonour".

"I don’t know if it s the former players or the media, but may Allah bless them. But I want to say one thing. To whoever is debating about us, if any of us, the players, is not playing with complete honesty towards Pakistan, he will face dishonour. Whoever is talking about us, if he is doing that out of spite, then he will face dishonour as well. Being honest is our biggest priority," said Rizwan.

"They are thinking the best about Pakistan, and we are trying our best as well. I also make mistakes, and I try to do better than that. The captain also tries to improve, everyone does," he further said.