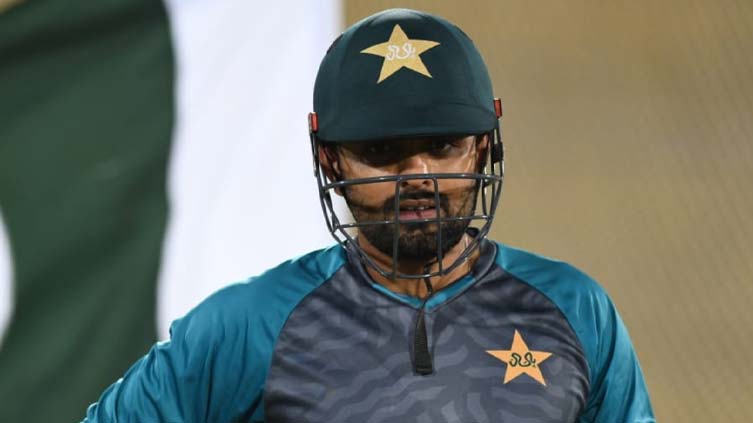 Jayawardena thinks Babar is kind of a player who will make sure that he comes back stronger.

LAHORE (Web Desk) - Pakistan all-format captain Babar Azam has been in a rough patch of form recently which is a slight "concern" for Pakistan heading into the T20 World Cup, according to Sri Lanka legend Mahela Jayawardena.

Babar managed just 68 runs in six outings in the Asia Cup as Pakistan lost in the final to Sri Lanka.

It was a rare blip for one of the most consistent T20I batters of his generation and it’s a streak that cost him the No.1 spot in the MRF Tyres ICC Men’s T20I batters’ rankings.

Team-mate and opening partner Mohammad Rizwan now holds that coveted spot with Babar at No.3 behind South Africa’s Aiden Markram.

"The way Babar has been batting the last two years, for him to have a tournament like that is a concern," Jayawardena told host Sanjana Ganesan on The ICC Review. "But I think he is still a quality player."

"Probably the occasion being, you know, part of an Asia Cup, and not that often that India-Pakistan play each other as well. So maybe the whole pressure got to him a little bit, I would say. But he is still a quality player."

"Pakistan did miss him with the bat because Rizwan and him at the top are a very, very consistent opening pair. The success of Pakistan over the last two years has been on that foundation, where all the big-hitters come in the middle and they (Babar and Rizwan) give that platform and they take it on.

"That’s something that they missed, but all good players go through some lean patch. I’m sure he will go back and go through his processes and come back stronger."

Despite Babar’s lean run – of his 68 runs, 30 came against Sri Lanka in the final – Jayawardena wasn’t buying into the talk that bowlers had figured him out.

Instead, once again, Jayawardena pointed out the occasion as a factor in Babar’s poor form.

"Not really I think, there were a couple of good balls that caught him out in this competition and a couple of soft dismissals, which can happen," Jayawardena said.

"It’s just the occasion, the conditions and all that. You take him away from this tournament and put him in another tournament, and he will come back strongly – the quality is always there.

Babar is that kind of a batter – he will go through that process vigorously and make sure that he comes back stronger."

Jayawardena said it was crucial to ensure the Pakistan captain wasn’t surrounded by "undue pressure" heading into the ICC T20 World Cup.

"When you have a quality player like that, try and not put pressure on him," Jayawardena said. "I’m sure there would have been a lot of discussion about his form in the Asia Cup and all that. But leading into the World Cup, you want your best player to be confident and relaxed, going into the World Cup.

So as long as they are not putting undue pressure on him, that’s the important thing. Being the captain and being the best batsman in your team, it is not an easy task. That’s something that he has to live up to."

In fact, Jayawardena said it’s crucial for Babar to separate captaincy and batting.

"Going into a World Cup, forget about his captaincy and all that – be the batsman that he can be, and then be the captain that he needs to be out there on the field," he said.

"These two responsibilities have to be managed separately, and that’s key to being a good player and then being a captain of the team."

Babar knows he wasn’t at his best during the Asia Cup and is looking to bounce back to form during the upcoming series against England.

"This series is important to me personally, and I’ll try to get my form back," he said.

"To come out of a bad patch, it’s best not to overthink and keep things simple. The main thing is to keep believing in yourself. I know I’ve done well in the past and will do well in the future."

Despite Babar’s form, there were several positives for Pakistan to arise from the Asia Cup that they can take into the England series and the T20 World Cup.

Arguably the biggest one was the emergence of teenage pacer Naseem Shah, who proved himself a reliable bowler in the shortest format, despite his tender age of 19. That he did so in the absence of Shaheen Afridi was particularly impressive.

In five matches, Naseem scalped seven wickets at an economy of 7.66. There were heroics with the bat as well, where he smashed two sixes against Afghanistan that played a crucial role in Pakistan’s victory.

"I’ve been following Naseem for a while now," Jayawardena said. “Obviously, they have used him a lot in red-ball cricket, in Test match cricket because of his pace.

"They did not back him too much with the accuracy with the white-ball format but lately, with a lot of cricket being played, he has come of age and the control that he showed, especially with the new ball, picking up wickets … that’s the key element.

That Pakistan attack will look much stronger with Shaheen Afridi back as well, and the way Haris Rauf bowled. He bowled quickly."

He said, "With the two youngsters, they’ve got a really, really good pace unit. And Naseem has been brilliant, I was really impressed by the way he went about things. The skills, especially bringing the ball back into the right-handers, the way he swung the ball with that kind of pace.

"In Australian conditions, those guys will be a handful. Especially for quite a few opening batsmen, it will be a nightmare if Shaheen and Naseem bowl in tandem from both ends," he concluded.