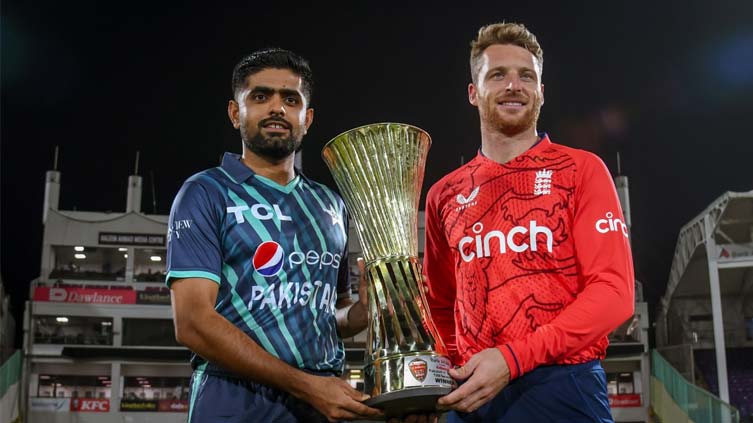 The first four matches of the series will be played in Karachi.

KARACHI (Web Desk) - The long wait of 17 years is finally over as Pakistan will take on England in National Stadium, Karachi on Tuesday for the first T20 International of the seven-match home series.

The match will start at 7:30 pm Pakistan Standard Time (PST).

Pakistan batter Shan Masood is set to make his T20I debut in place of the injured Fakhar Zaman, having relaunched his credentials across formats in a stellar season for Derbyshire, while Rizwan is expected to be rested after his exertions at the Asia Cup. Haris is the stand-in keeper, and could slot in at No.3 to allow the rest of the line-up to retain their usual batting positions.

England captain Jos Buttler, Chris Woakes and Mark Wood won’t come into contention until the Lahore leg of the tour as they continue their respective returns from injury. Reece Topley will miss the start of the series with an ankle niggle. Phil Salt is set to keep in international cricket for the first time, and will open alongside the recalled Hales. England’s batting order is likely to be flexible depending on favourable match-ups.