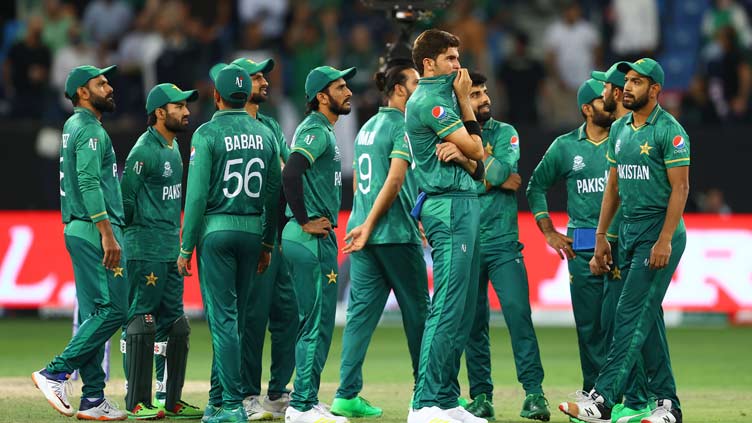 LAHORE (Dunya News) – Pakistan cricket selectors today unveiled their squad for the ICC Men’s T20 World Cup Australia 2022, which will be held from 16 October to 13 November. In the seven events to date, Pakistan has won the title in 2009 in the United Kingdom, reached the final in 2007 and featured in the 2010, 2012 and 2021 semifinals, a record that makes them one of the most consistent sides to date.

In the 15-player World Cup squad, top-order batter Shan Masood has been included in the side for the shortest format for the first-time along with fast bowlers Mohammad Wasim Junior and Shaheen Shah Afridi, while Fakhar Zaman, Mohammad Haris and Shahnawaz Dahani have been named as the three traveling reserves.

Wasim Junior has been included after recovering completely from the side strain he suffered during the ACC T20 Asia Cup, whereas Shaheen, who is undergoing rehabilitation for a knee injury in London and expected to resume bowling early next month, will join the squad in Brisbane on 15 October.

Pakistan squad for ICC Men’s T20 World Cup: (changes can be made to the squad till 15 October, without needing the Event Technical Committee’s approval): 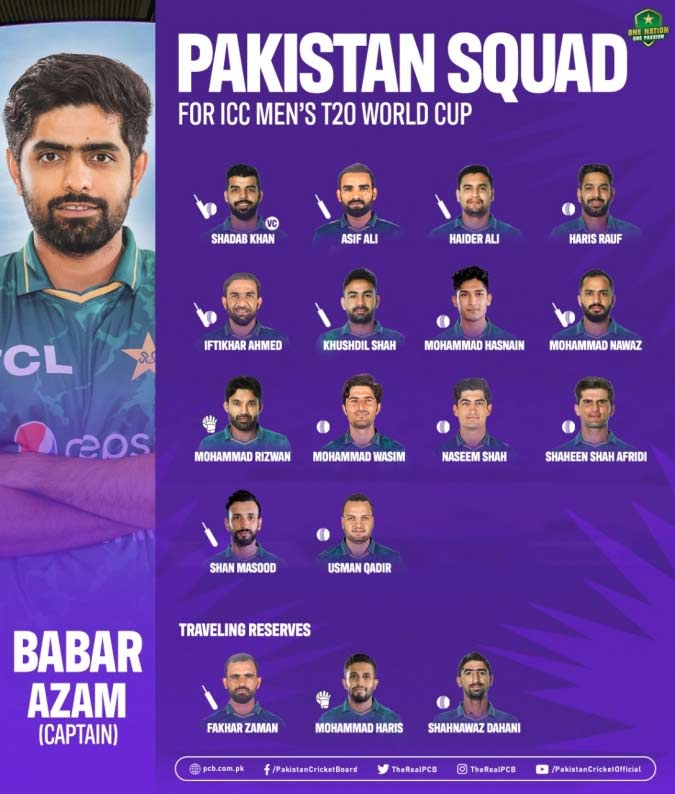 Prior to their arrival in Brisbane on 15 October, the World Cup-bound squad will feature in the T20I tri-series in Christchurch from 7-14 October where Bangladesh and New Zealand will be the other participating sides.

Chief selector Muhammad Wasim: “We have a team that can perform strongly in the ICC Men’s T20 World Cup 2022. That’s why we have shown faith and confidence in almost the same set of players who have been part of the T20I squad post the 2021 World Cup in the UAE.

“These players have performed well since November 2021 and that’s why we have won nine out of our last 13 T20Is. We have invested in these cricketers and it is fair to them that they get the opportunity to show their mettle in the World Cup, an event for which they have been preparing and training hard.

“We needed to ensure continuity and support to these players, and that’s precisely what we have done. “We are receiving encouraging reports about Shaheen Shah Afridi, who is likely to resume bowling early next month.”

Muhammad Wasim: “Along with Shan Masood, I want to congratulate Aamir Jamal and Abrar Ahmed on earning their maiden call-ups. Both Aamir and Abrar have been selected as we believe they have the skills, talent and potential to represent Pakistan at the highest level and I am hopeful if they get opportunities, they will perform strongly.

“Fakhar Zaman has also been rested from the England T20Is so that he can recover from the knee injury he sustained when he landed awkwardly while fielding in the final.” 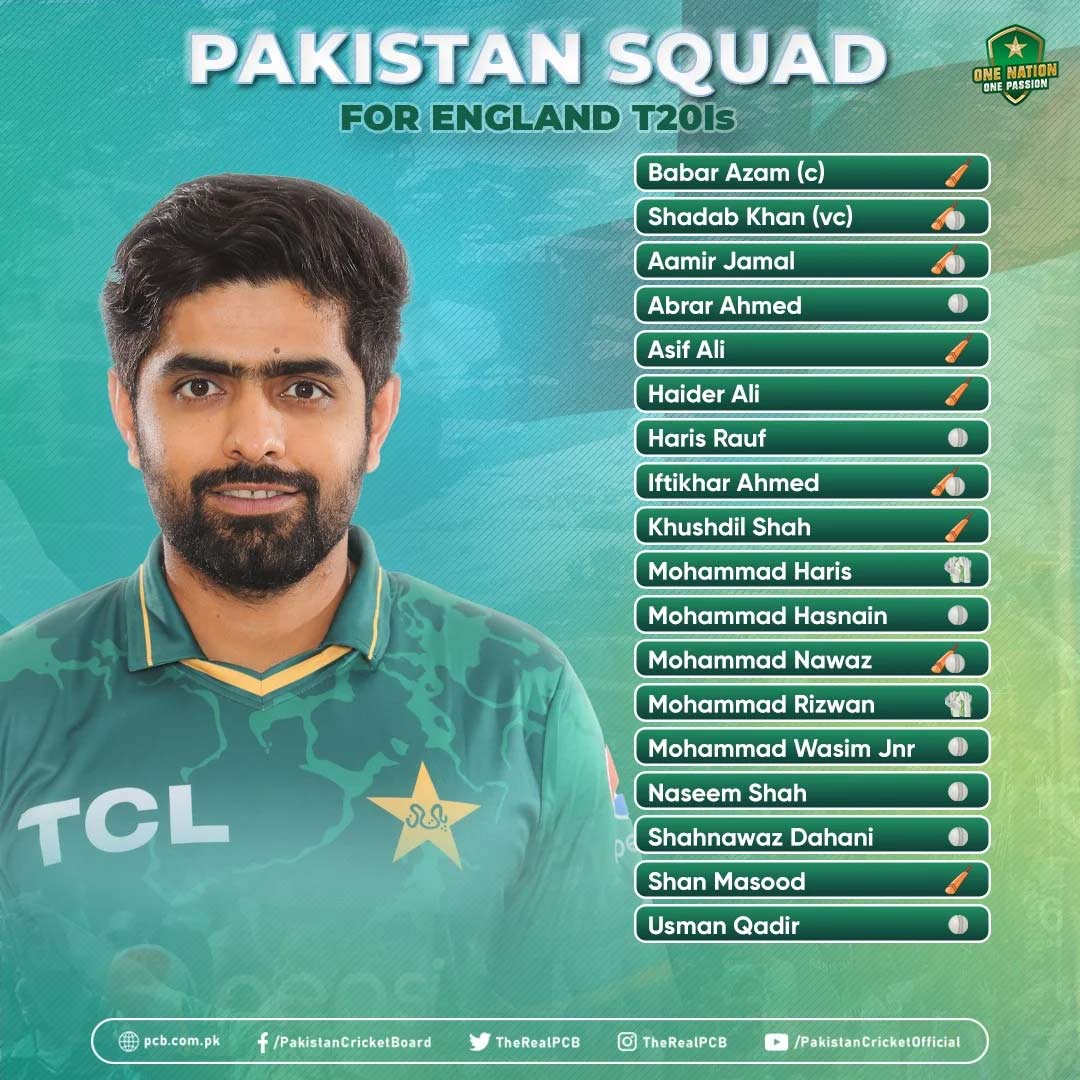 27 October – vs winner Group B, Perth

30 October – vs runner-up Group A, Perth