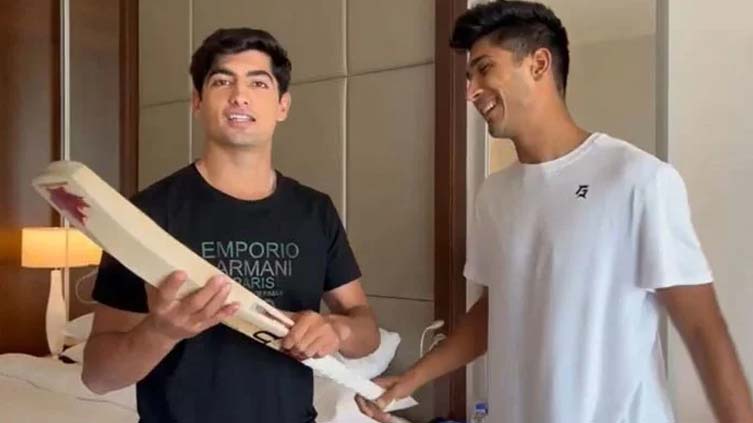 LAHORE (Web Desk) - Pakistani pacer Naseem Shah decided to put his six-hitting bat up for auction that he used against Afghanistan in the ongoing Asia Cup 2022.

Naseem took the Green Shirts to the final of the Asia Cup with his performance with the bat as he smashed two sixes in the last over at the Dubai International Stadium.

After helping Pakistan win, Naseem has now decided to put the bat, with which he played and hit those two massive sixes, on auction and will use the money generated to help the flood affectees of Pakistan.

The PCB shared a video where Hasnain gifts the bat to Naseem, who announced that he will put the bat on auction and donate the money to the unfortunate flood affectees of Pakistan.

Naseem’s two sixes assisted Pakistan to victory while confirming the departure of India and Afghanistan from the Asian event.