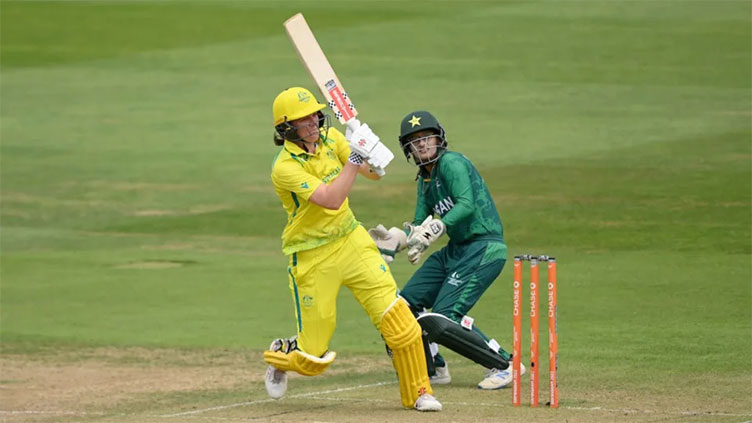 Australia women recorded a 44-run victory over Pakistan women in Group A match.

BIRMINGHAM (Dunya News) - Australia women recorded a 44-run victory over Pakistan women in Group A match of the Commonwealth Games at the Edgbaston, Birmingham on Wednesday.

Chasing 161 to win, Pakistan managed to score 116 for eight in their 20 overs. Right-handed Fatima coming to bat at number seven top-scored with an unbeaten 35. She struck two fours and as many sixes from 26 balls faced. Bismah Maroof and Omaima Sohail scored 23 runs each.

For Australia, McGrath was the most successful bowler with match figures of 3-1-13-3.

Pakistan lost their all three matches in the event and will now depart from Birmingham to Pakistan tomorrow.