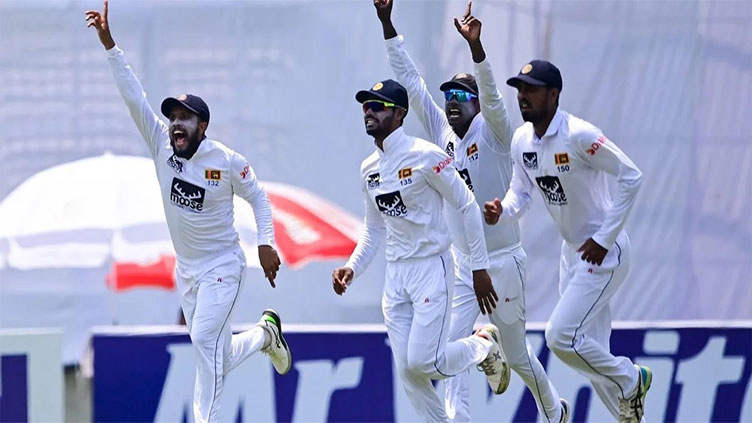 The second Test between Sri Lanka and Australia will start on Friday.

The tourists batted and bowled with control on a turning Galle track in a crushing opening win, forcing the hosts to turn to their one-day heroes who helped beat Australia 3-2.

Spinners Maheesh Theekshana, Dinuth Wellalage and Prabath Jayasuriya have been added to the Sri Lankan squad along with all-rounder Lakshita Manasinghe who bowls off-spin.

"I was very surprised with the selections for the first Test, because I thought there were a couple of names that should have been there after the one-day series performances," former captain Aravinda de Silva told AFP.

Theekshana, a mystery spinner, claimed four wickets and kept down the runs in the ODIs while 19-year-old Wellalage remained the leading bowler with nine wickets from his left-arm spin.

Both players are looking for their first Test cap in the absence of Praveen Jayawickrama, who had been expected to play the second match but tested Covid positive on Monday.

Australian spinner Nathan Lyon took a match haul of nine wickets to lead his team s domination in the opener as they bundled out Sri Lanka twice for 212 and 113.

But Aravinda remains confident in the talent that Sri Lanka has.

"All the guys are very, very talented lot. You saw them play in the one-dayers. It s just that they need to understand that it s a mind game," said the World Cup winner.

"Because they have the ability and just need to be selective in shot-making and to understand their roles. Having Angelo (Mathews) and Dimuth really helps with their enormous experience in the conditions that they are used to."

Mathews has rejoined the Sri Lankan team after he tested Covid positive on the third morning of the first Test.

Australia, led by Pat Cummins, beat the odds against the hosts they suffered a 3-0 whitewash in 2016 to come up with a clinical show in the first match.

If the bowlers got wickets, the batsmen scored runs at a quick pace to manage a crucial lead of 109 in the first innings.

Cameron Green batted with maturity to rebuild the innings after an early stutter and took the attack to the opposition with sweeps and reverse sweeps in his match-winning 77.

Steve Smith lauded the courage shown by the touring batsmen and said each one brought something different to the table.

"It s good we all play a little bit differently," Smith said.

"There s not the same continuity, so bowlers have to change their lengths a bit more and when you re in a partnership, you can cruise along quite freely. Just a really good balance, and guys sticking to their plans for long periods."

The 23-year-old Green said they must have done some things right to force midway changes in the opposition squad.

"Three days away and we don t know what team they are going to pick," said Green, who has played 13 Tests since his debut in 2020.

"So I guess if you change opposition teams, you must be doing something right but you have to wait and watch who you come up against."

With Lyon and fellow spinner Mitchell Swepson forming a potent spin combo in the big win and Travis Head adding to the slow bowling force with his 4-10, it s unlikely the tourists will make changes.