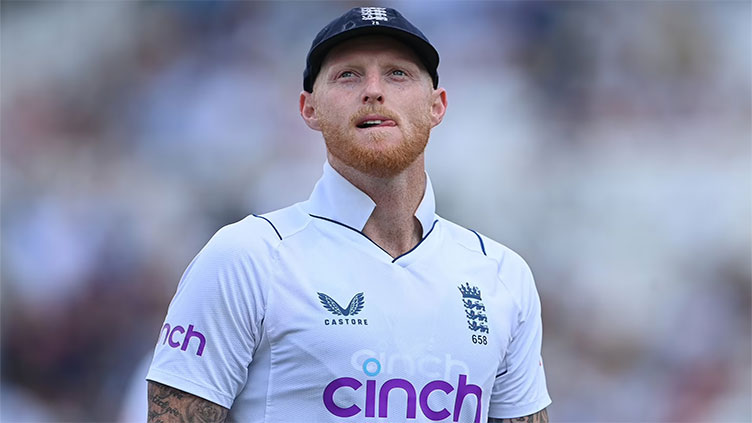 LONDON (AFP) - England captain Ben Stokes missed training after feeling unwell on Tuesday as his side started their preparations for the Headingley Test. Stokes was absent while the rest of the squad trained ahead of Thursday s first day of the final Test in the three-match series.

An England and Wales Cricket Board spokesperson indicated that Stokes had tested negative for Covid-19 on Tuesday morning.

Stokes is being kept away from the group as a precautionary measure.

The 31-year-old, in his first Test series as skipper, will be assessed again ahead of Wednesday s net session.

The ECB said Trescothick is "currently in isolation at home and is being monitored daily. Details of his return to the England set-up will be announced in due course."

Stokes hit 75 from 70 balls in the second innings of England s second Test victory over New Zealand at Trent Bridge.

That was England s second successive win against the Test world champions, clinching their first Test series triumph since January 2021.

New Zealand have had several positive Covid cases in their squad over the last couple of weeks.

Black Caps skipper Kane Williamson was forced to miss the second Test after testing positive on the eve of the match in Nottingham.

As well as Williamson, the tourists have seen Henry Nicholls, Devon Conway, Michael Bracewell and two members of their backroom team return positive results since arriving in England.

All four players are fit and available to play in Leeds this week.

While England hope to avoid a Covid outbreak, twin brothers Jamie and Craig Overton are dreaming of a potentially taking the field together for the hosts at Headingley.

The 6ft 5in seam-bowling siblings are on stand-by should England decide to rotate their pace attack with the series already won.

For the uncapped Jamie, who is the younger sibling by three minutes, it is uncharted territory, while Craig is hoping to add to his eight caps.

The duo have played together numerous times over the years, with North Devon, Somerset and England Under-19s, but came head to head in first-class cricket for the first time just a matter of days ago.

Jamie, who left Taunton for Surrey in 2020, struck his brother on the helmet with a rapid bouncer during a County Championship match last week leading to a delayed concussion diagnosis.

"I think any sibling rivalry is always going to have a bit of extra spice and me and Craig are probably even spicier than most people," Jamie said.

"The family obviously didn t like seeing Craig on the floor but I think they would have told us off if we weren t giving our all."

Despite that bruising encounter, Craig insisted there would be no hard feelings if only one of them was selected this week.

"It s been like that since we were 16 years old. My first game of first-class cricket we were competing for the same spot and I ended up playing," he said.

"We d both said to each other  whatever happens, we ll be supportive  and we ve always been like that. We want what s best for the team and if that means one of us misses out, that s the way it is."